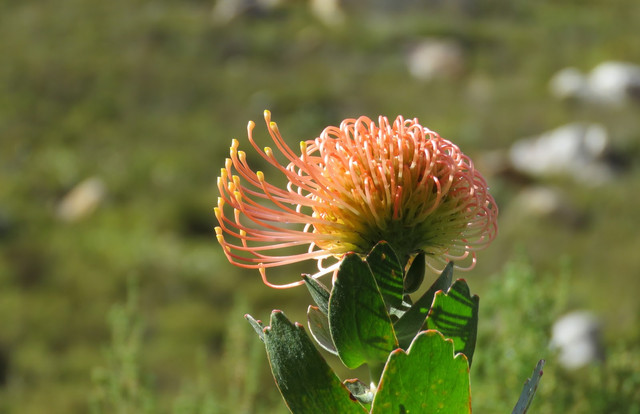 Flowers are often associated with celebrations, holidays or warm summer days. The tradition of giving flowers for the holiday appeared in Ancient Europe and Asia and nowadays it is still popular among the people around the world. Only in the Netherlands the number of flowers sold daily reaches 19 million. Now imagine how many flowers sold in the whole world.

Most people like to receive flowers on their birthdays. That’s why a lot of people buy and send flowers to their beloved, relatives and friends. It became highly popular to present a bunch of birth flowers to make a gift more personal. Each birth flower symbolizes a month when a person was born and has some characteristics which can be inherited by a person born in a particular month. It helps in picking out the best bouquet as a gift for birthday celebration.

Sometimes people want to receive or present something unusual. That isn’t a problem for African people because of the wide range of exotic flowers that are native to Africa. To pick a present they usually browse a website that also sends flowers to Africa or go to the nearest special shop.

Africa is usually considered as barren and desertic. Many people think that the whole continent is uninhabited, bleak, and sandy. Perhaps, they have never thought about southern part of Africa.

Southern Africa is a region of the continent which geographically includes Lesotho, Botswana, Zimbabwe, Namibia, South Africa, Eswatini and the southern part of Mozambique. The territory is surrounded by the Atlantic Ocean and the Indian Ocean. The landscape varies from forests to grass fields and deserts. The climate is also diverse which means the best conditions for wide range of flora and fauna.

African flora is the most unusual and distinguished. There are more than 20000 plants — it is almost 10 percent of species around the world. They include some sorts of orchids, lilies, daisies, ice plants, irises and much more flowers we already know and can see in Europe, Asia and America. Though there are lots of plants that grow only in Africa.

The flowers growing there are unique and exotic. Such species include fynbos. Fynbos is an evergreen plant which occurs on poor soils. Its name is literally translated from Dutch as “fine bush”. These plants are famous for their splendid flowers. The most popular of them is protea that has more than a hundred sorts.  Its name comes from Proteus — the Greek god who could change his shape every time he wanted it as the flower has a lot of varieties. The plant has strong dark-green leaves and a big pale pink flower head with a collection of small white flowers inside. It’s usually used as a cut flower for worldwide flower markets.

The richest in decorative flora is the Western Cape. Over 6000 species of plants grow here. More dominant are families of poppies, irises and lily. Though more distinctive are amaryllises. Amaryllis belladonna is a native flower of the Karru desert in Southern Africa. Amaryllis is the name of a pretty shepherdess from the ancient idyll by Theocritus. The plants were named after her due to its beauty. Amaryllises has flowers in the form of inflorescence. They are vibrant and sometimes can be striped or dotted.

Strelitzia reginae is another representative of plants which grow in South Africa. This is the most popular perennial flower. It has bright yellow or orange inflorescences. It occurs the official flower of Los Angeles and the emblem of the Republic of South Africa and symbolizes independence and freedom.

Spathodea campanulata is a flowering tree from the dry forests of Western Africa. It is also known as flame tree or African tulip tree because of the shape and colour of its flowers. It’s a medium-sized tree with bell-shaped red or orange flowers and dark-green leaves. Flowers are huge. They can reach 10 centimeters long. Naturally it blossoms throughout the year.

Gloriosa superba (flame lily, glory lily, superb lily) is a plurannual herb of the family Colchicaceae and order Liliales. Its petals resemble bright red flame. They are long and thin and ripply. Cut flowers of gloriosa stand in a vase for a very long period — about two weeks.

Acrotis is a plant of the family Asteraceae. This family unites about 70 species, 30 of them occur in Africa. That’s why these flowers are also known as African Daisies. The initial Greece name translates as “bear’s ear”. This name is inspired with the texture of flowers. They have soft thickset villus on its surface. It has a variety colours from white to orange and bright pink.

Some plants prefer to grow near the sea. One of them is a succulent Carpobrotus edulis. It belongs to the family Aizoaceae that has 25 species. Plants has long triangle leaves that reach 15 centimeters. Flowers are big, about 5 centimeters in diameter. They can be yellow, pink, and purple.

In South-West Africa grow masses of beautiful white daisies. They are called Dimorphotheca pluvialis (Cape daisy, rain daisy, ox-eye daisy). They are one of the first flowers which appear in spring. These flowers love sun and move their heads following it as it moves across the sky.