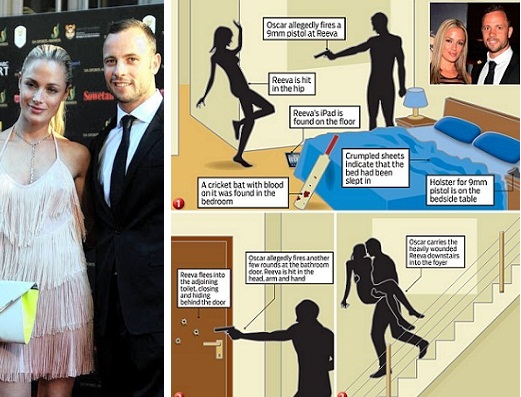 Oscar Pistorius Formally Charged With Premeditated Murder Today Oscar Pistorius will go on trial on the 3rd of March 2014 for the murder of his girlfriend, Reeva Steenkamp. At a hearing today in Pretoria, prosecutors accused him of shooting Ms Steenkamp to death on Valentine's night, but he claimed he opened fire on her after mistaking her for an intruder. Wiping tears from his eyes, Pistorius stood silently in the dock as he was formally indicted for premeditated murder. The judge set his trial to run from 3rd of March to 20th of March, 2014 at North Gauteng High Court in Pretoria. Premeditated murder comes with a mandatory sentence of life behind bars. Ms Steenkamp if alive would have turned 30 today, August 19th. Sad
.
click HERE for more gist