Edo 2020: My Supporters Were Not Allowed to Vote, I will Announce My Next Move Soon - Ize-Iyamu 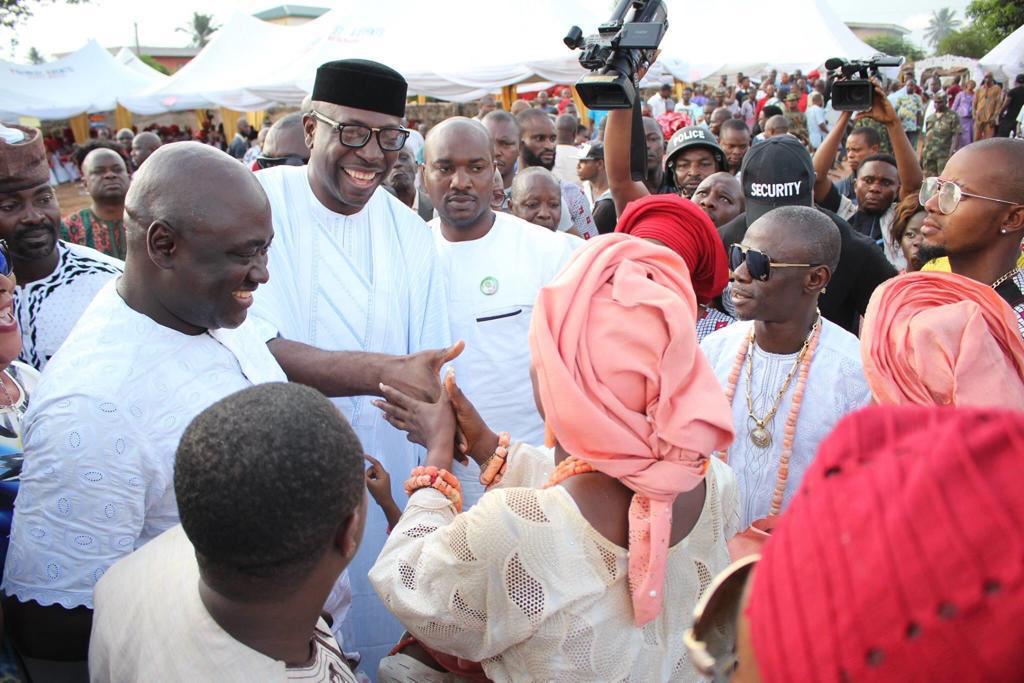 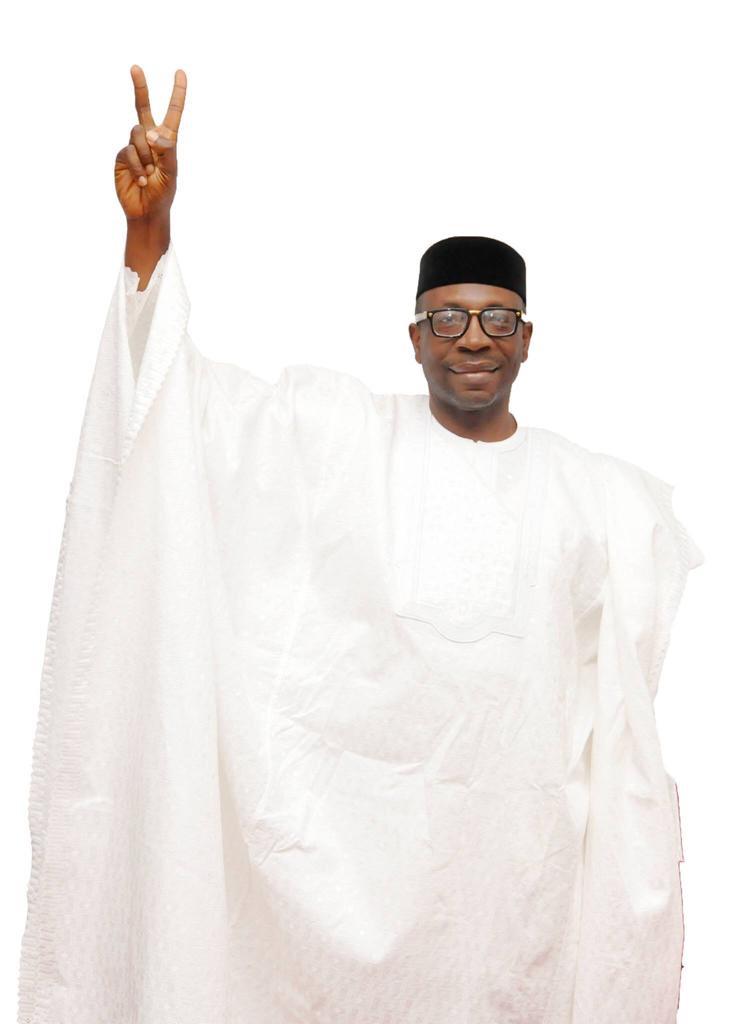 In a tweet, Ize-Iyamu said there were irregularities during the election, adding that some of his supporters were not permitted to vote.
Candidate of the All Progressives Congress (APC) in the Edo state governorship election, Pastor Osagie Ize-Iyamu, says he will reveal his next move in no distant future after losing to his arch rival, Godwin Obaseki. 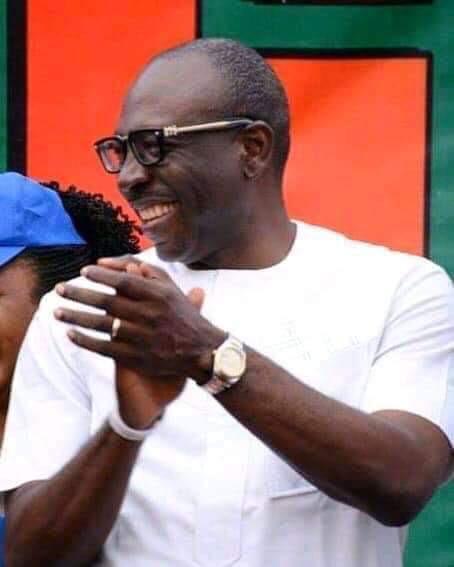 He said he, alongside other party members, is studying the outcome of the election.
“I thank and appreciate my supporters, who had to endure many evils including being prevented from voting, for their support and determination during the election. i assure you all that i am studying the results along with other party members and will announce my next move soon,” he tweeted. 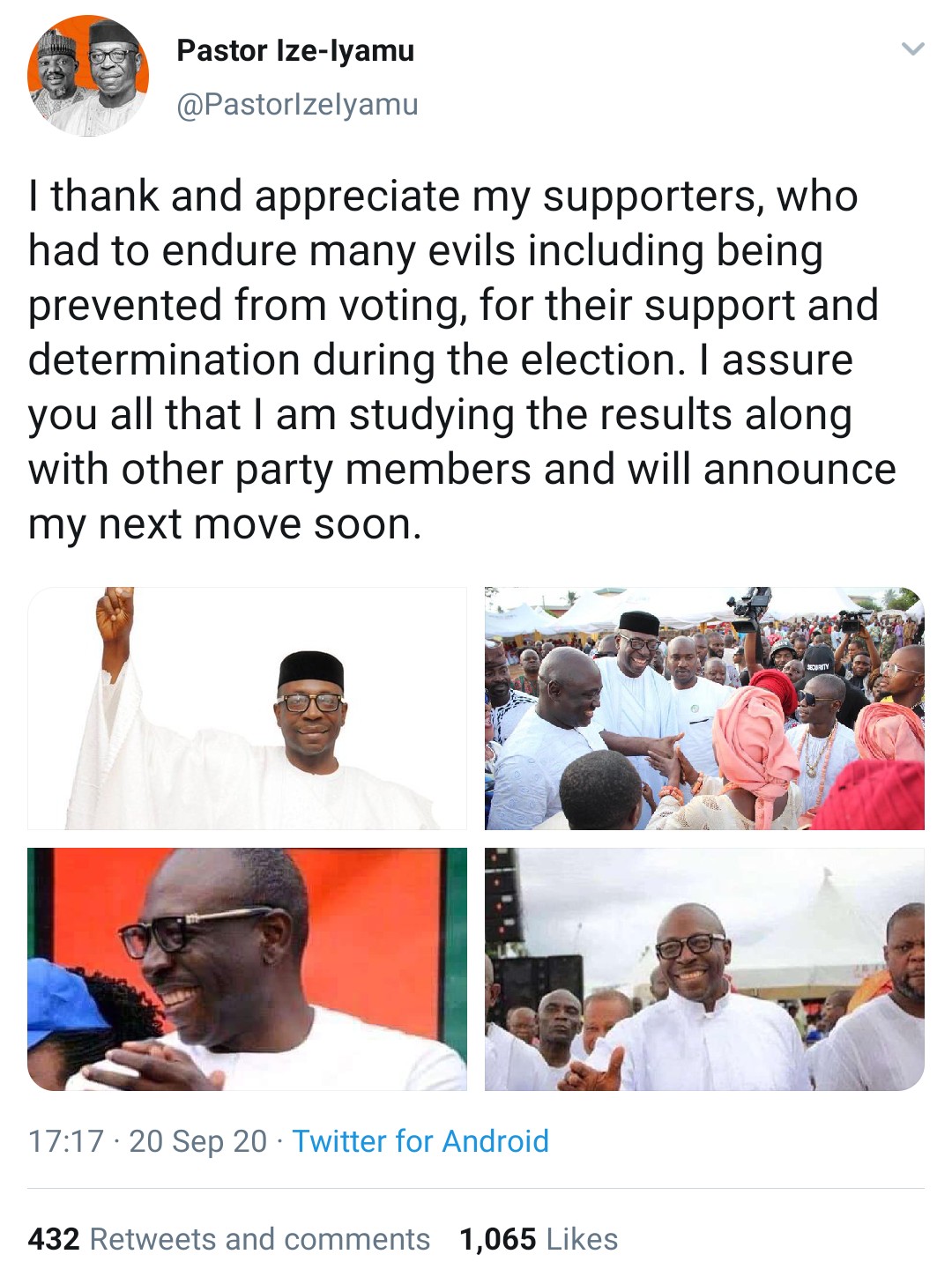