5 Sex Secrets She Will Never Reveal To You

Women are mysterious creatures. While they're great at displaying emotions, often they'll hide their hidden desires. And this is especially true when it comes to what they like in the bedroom.

The truth is women have many secrets about what they like AND what they don't like from guys during sex. Probably right at this moment, your woman really wants you do things during sex which you not be aware of. If you can discover her hidden desires, then you'll rock her world.

The Embarrasment of Nigeria Nutrition

Standing before a buffet of fried rice, white rice, Ofada rice, stews, various sauces, plantain, different meats and fish, and a larger variety of desserts than I had ever witnessed at a children’s birthday party recently, I wondered what to do about my increasing girth. Afterwards, as I ate, I marvelled at the interest of the children only in the potato chips and hot dogs; and none whatsoever in the delicious fried yam accompanied by fish stew. There was a larger variety of desserts than I…

About Kidney Failure, and What You Should Know and Do

Millions of people around with an increasing number of  Nigerians have chronic kidney disease, and most don’t even know it. Millions more are at increased risk.

Chronic kidney disease usually leads to kidney failure, a stage where your kidneys fail to do their basic function which is to eliminate waste products via urine.

Wellness is an active process of becoming aware of and making choices toward a more successful existence. You can expect to have high level wellness when you make Trevo 174 Natural Exotic Global healing fruits - the nutritional powerhouse a part of your Daily Dietary supplement.

On this Trend we will be studying Trevo 174 Natural Exotic Global healing fruits and its properties.

This is to inform the general public that the Post-UTME Screening Exercise of the Niger Delta University for the 2013/2014 session will take placeas indicated below.
1. ELIGIBILITY
*.Candidates who chose Niger Delta University as first choice ONLY, the PUME screening exercise for second choice candidates may come later
*.Minimum UME score for all candidates is 180
2.REGISTRATION
Registration is online on our website at… Continue

For those who Federal University Of Technology, Owerri as first or second choice so you know who and how many people you are competing with.

this brings the total number of… 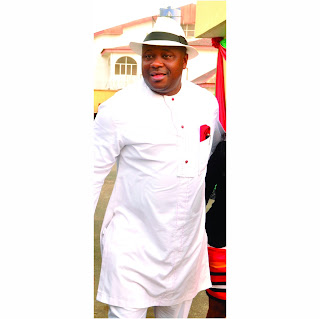 News reaching us has it that wife of the Honorable Commissioner for Finance in Akwa Ibom State Mr Bassey Albert Akpan has delivered a bouncing baby girl! Wow! This is double joy for the hardworking commissioner who has also returned as a commissioner in Governor Akpabio's cabinet following a major shake-up in the state Exco. We heard the baby…

Following the re-shuffling of Governor Godswill O. Akpabio's cabinet, here is the complete list of new postings of honorable commissioners and special advisers...

On a hot Friday afternoon, a heavily built man entered a mosque carrying a machette and asked "Who is a muslim here?".
The whole mosque went as silent as a grave yard. No response came from everyone in the mosque. The man asked again, "How can a full mosque have no muslim?". No one replied.
Suddenly, the man then grabs a nearby young man and goes out with him and tells him, "son kindly come and help me slaughter my goat for I don't know how to do it".
After the young man had… Continue

Applications are invited from suitably qualified candidates to fill the position of Senior Lecturer, Lecturer I and Lecturer II in the underlisted Faculties/Departments of the Federal University Oye-Ekiti.

Check Out This Site - http://www.knowledge-is-power.co.uk

Check out this new website. It is one for Diasporans and those still @ home. It has two tier levels. It's up to you if you want to be a paid member or not.

It is hoped there will be progression to it being another Dating Site as well as being a market place where you can sell or Batter your unwanted stuff.

Browse the site and then choose your registration.…

Achebe: The story and story teller

Born in Nigeria in 1930, Chinua Achebe attended the University of Ibadan. In 1958, his groundbreaking novel Things Fall Apart was published. It went on to sell more than 12 million copies and been translated into more than 50 languages. Achebe later served as the David and Marianna Fisher University professor and professor of Africana Studies at Brown University in Providence, Rhode Island. He died on March 21, 2013, at age 82, in Boston,…

Nigeria’s Sinking Ship And The Way Forward, By Nuhu Ribadu

I confess to feeling inspired with every visit to this institution that shaped my perception of life and grounded my entire intellectual development. This intellectual development is not only a debt I owe to my teachers who have formed me but a challenge to me to go out there and influence society for the benefit of those to come. For this, I must say thank you!…