'There’s no shame in sleeping with different men, stop sex-shaming'

Media personality, Shade Ladipo has stated that there is no shame in women sleeping with multiple men. 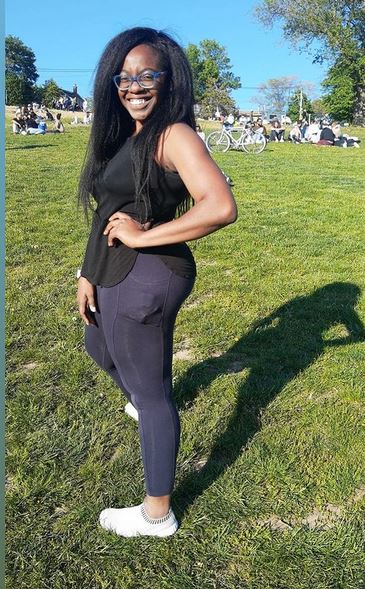 According to the controversial TV and Radio Presenter, they committed no crime by bedding different men so they should hold their heads up high.

She noted that sex-shaming women is as old as Methuselah so they shouldn’t feel bad about it so long as they did nothing similar to what Chidinma did to Super TV boss.

She wrote on her Snapchat:

“You see that thing when you try to shame a woman by saying You wey f•Pis so so and so Yeah Ms old.

Ladies, there’s no shame in how many people you have slept with. sex-shaming especially when done to women is older than Methuselah. Ladies pis hold us head high na f*** u f*** you no do Chidinma” 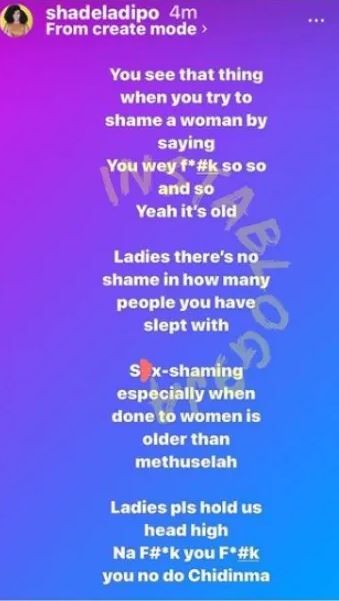