WTF! Villagers Dig-up Dead Relatives To Give Them A Complete Make Over - Photos+Video

These fascinating pictures show an annual ritual where villagers dig up the bodies of their dead relatives before washing, grooming and

dressing them up in fancy new clothes.

Families in the Indonesian province of Toraja in South Sulawesi perform the act to keep their relatives alive in their hearts and minds. As part of the zombie ceremony, even the skeletons of children are exhumed.

Damaged coffins are fixed or replaced before the mummies are walked around the area by following a path of straight lines during the ritual, called Ma'nene, or The Ceremony of Cleaning Corpses. 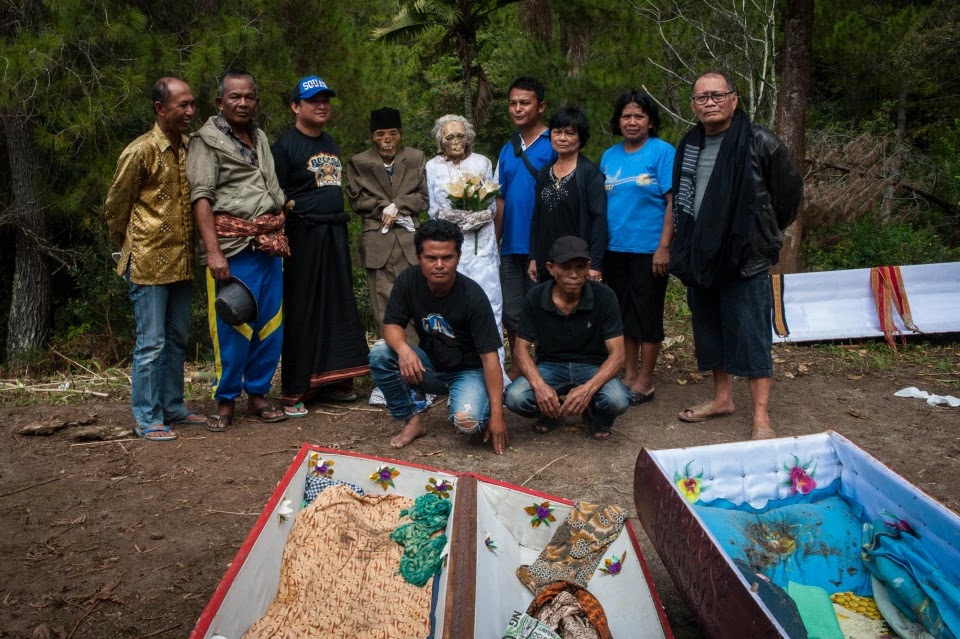 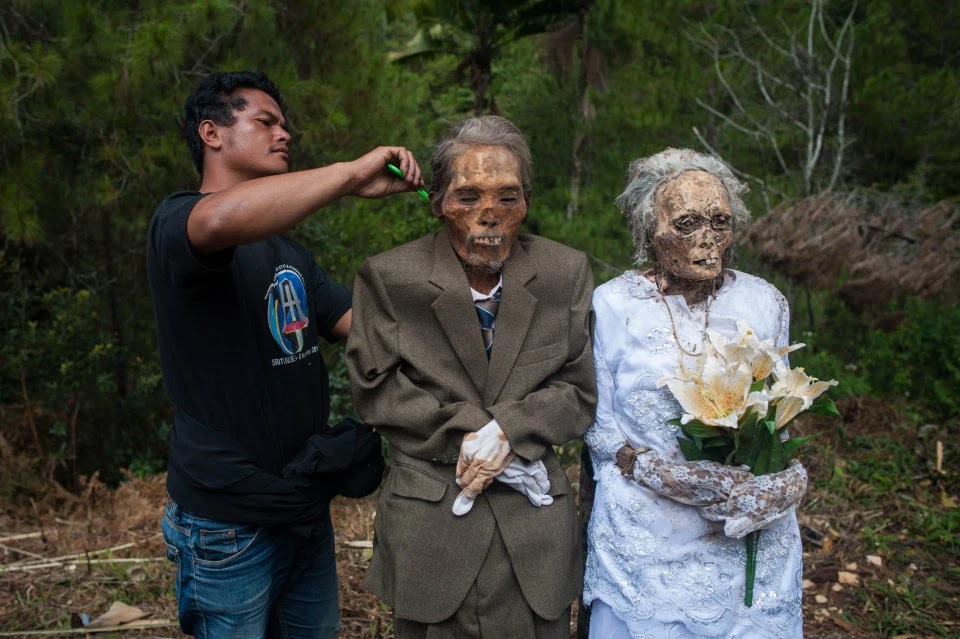 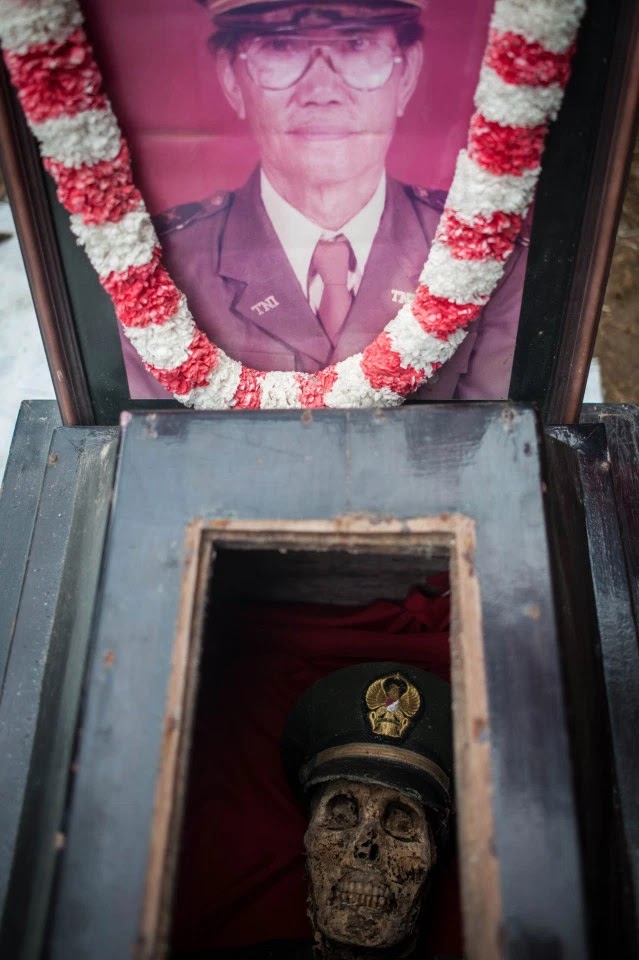 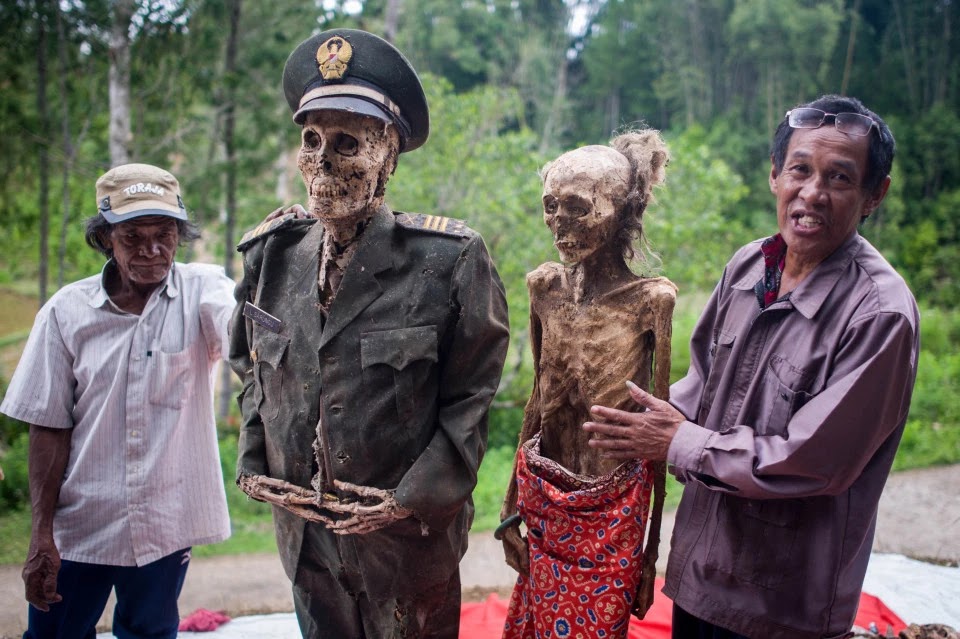 For Torajans, the death

of the body isn’t seen as an abrupt event and attempts are made to keep them part of the family.

In Toraja society, the funeral ritual is also most elaborate and expensive event.

According to their ancient belief system, the spirit of a dead person must return to his village of origin.

So if a person died on a journey, the dead person would be walked back home from the scene to the village.