A Ngerian man who is based in Turkey found out the man who showered wife money during wedding happened to be their kid's father. 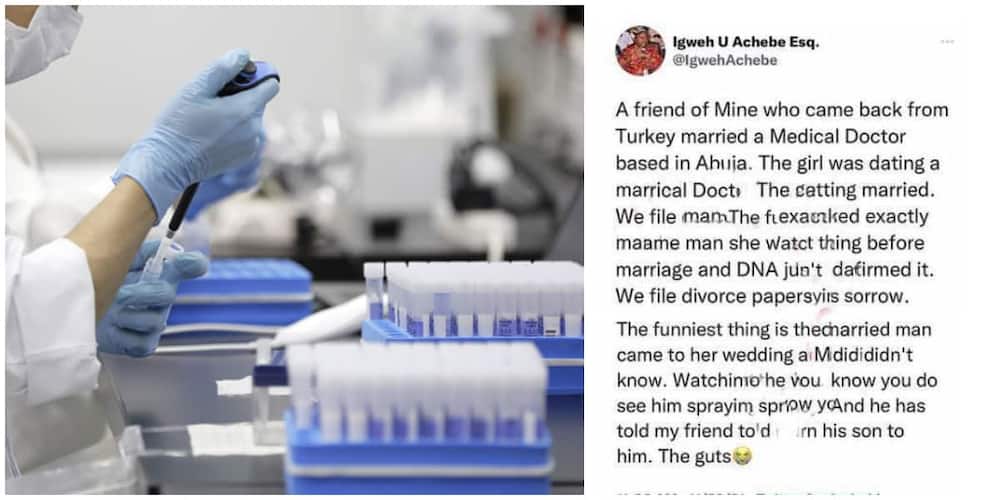 The man had tied the knot with his heartthrob who happens to be a medical doctor by profession.

His wife was in an intimate relationship before her marriage.

A social media user who narrated the story as shared by Instablog9ja on Instagram, revealed the man discovered after a DNA test that his second son doesn't belong to him.

The story goes that the lady had been in a romantic relationship with a married man before her wedding.

Broken by his discovery, the man is said to be seeking an end to the marriage via a divorce.

This is as the original father of the child demands custody of his son. The story has sent social media into a mixed frenzy.