Video: Woman who specialises in stealing goats nabbed in Bauchi

A 35-year-old woman, Zainab Malam Barka has been paraded by officials of the Nigeria Security and Civil Defence Corps (NSCDC), Bauchi division for allegedly stealing goats. 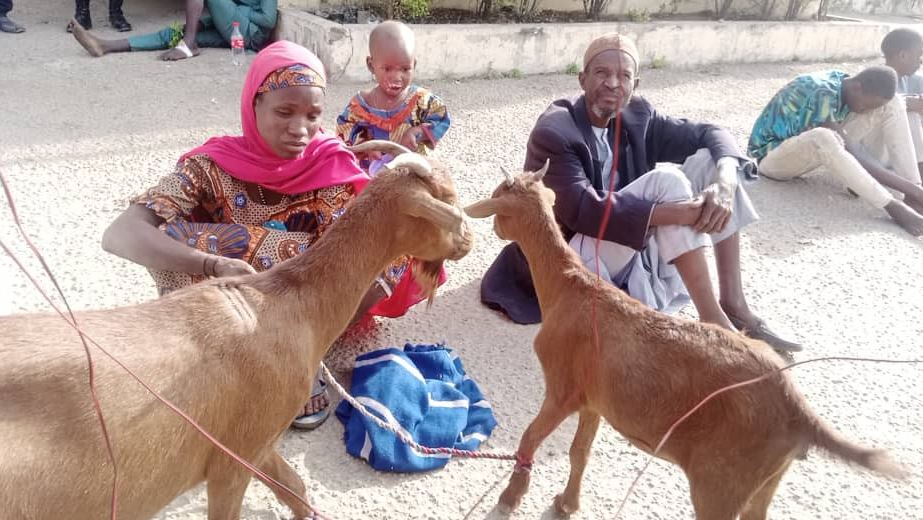 Parading the suspects on Wednesday, January 12, alongside others arrested, the Command PRO, SC Garkuwa Y. Adamu, said that Zainab with the help of one Usman Abubakar, 50, specialises in stealing goats.

Preliminary investigation revealed that she stole 22 goats in two batches with the first batch of 8 goats stolen on 23/12/2021 and taken to Hardawa market where she sold them at the rate of N77, 000.

A week after, she went back to the same location and stole 14 goats which she took to Misau market for sale as usual.

Luck, however, ran out of her and she was arrested by NSCDC personnel attached to Misau Division.

The PRO added that the suspects will be charged to court immediately after investigations were completed.