Unbelievable! Man turns his dead uncle's bones into electric guitar after digging him up from grave

Rocker Yaago Anax, who goes by the stage name Prince Midnight, said bringing his uncle back to life in the form of an instrument was the perfect tribute. 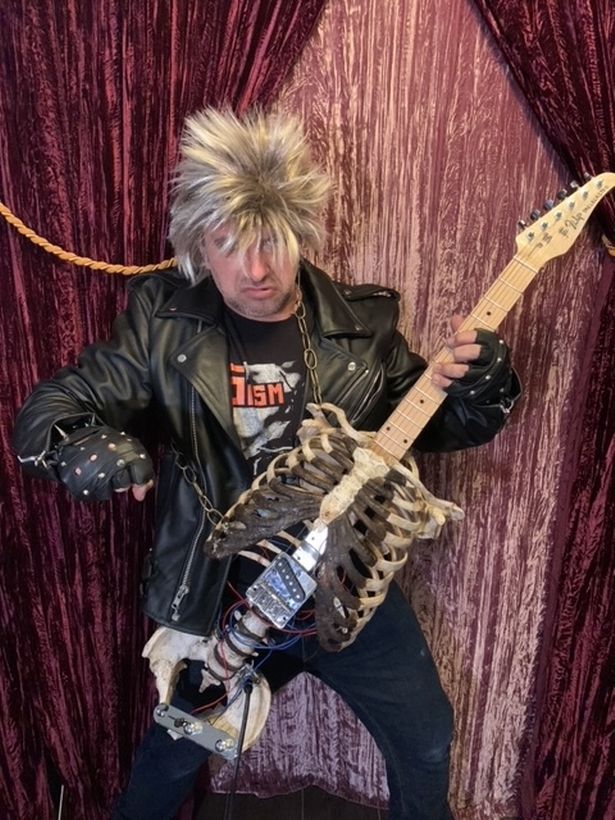 In what will come across as a really startling development, a musician has turned his late uncle's body into an electric guitar using his bones dug up from a cemetery, Daily Star Uk reports.

Rocker Yaago Anax, who goes by the stage name Prince Midnight, said bringing his uncle back to life in the form of an instrument was the perfect tribute.

Filip was tragically killed in a car crash in Athens, Greece during the 1990s aged just 28 but not before kickstarting Yaago's love affair with heavy metal.

Configuring Filip's remaining skeleton as a fully functioning guitar became a brain wave of Yaago's on the back of his family struggling to pay rent on his grave in Greece.

Yaago from Tampa, Florida told Daily Star Online: "He originally donated his skeleton to the local college and was medically prepared for the school.

"After 20 years, he ended up in a cemetery my family had to pay rent on. Like, literally in a wooden box, it’s a big problem in Greece because orthodoxy religion doesn’t want people cremated.

"So, I went through the channels to repatriate his remains over here in Florida.

"I got the box of bones from Greece and didn’t know what to do at first. Bury them? Cremate them? Put them in the attic? All seemed like poor ways to memorialise someone who got me into heavy metal.

"So, I decided to turn uncle Filip into a guitar, which proved to be challenging."

Yaago hoped guitar specialists would take on the job but he claims the idea of working with a real skeleton was too much for them, leaving him with only one option, to go it alone. 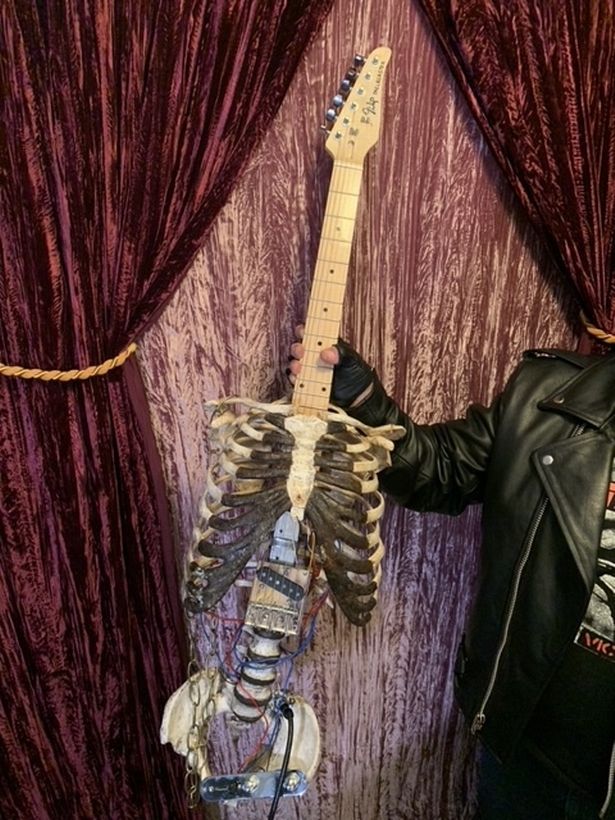 The hospitality worker continued: "I did a lot of research and no one has ever made a guitar out of a skeleton. So, I did it. I started out consulting with two guys in Dean Guitar’s wood shop in Tampa but they got cold feet.

"The idea of the human skeleton seemed to really give him the creeps.

"I actually got a call from my friend who builds guitars at Dean yesterday. He said the guitar looked and sounded great, and he is relieved I accomplished it without him having to help."

Assembling the 'skeletar' so it now plays and sounds as awesome as any other guitar, was not without its challenges and setbacks, Yaago said but he could not be prouder of the result.

"In the 90s before Filip died, Tampa had a thriving metal scene. He took me to see Morbid Angel, Obituary, Reversal of Man, Deicide and all those Tampa death metal bands.

"Now uncle Filip can shred for all eternity. That’s how he would want it. I’m super proud of the project and how it serves to honour him, his life and his influence on me.

"I am going to practice up on Uncle Filip and record a new EP soon that will be guitar driven punk-infused grindcore.

"My mother would prefer him be buried, she is Greek Orthodox but admits he would probably be happier as a guitar.

"The parts come from a Fender Telecaster which I thought was perfect for calling it the Filip Skelecaster. "