A 50-year-old street woman, who was lastly situated at the junction of Kimathi Street and Kenyatta Avenue in Nairobi has died after allegedly being arrested and tortured by the police. 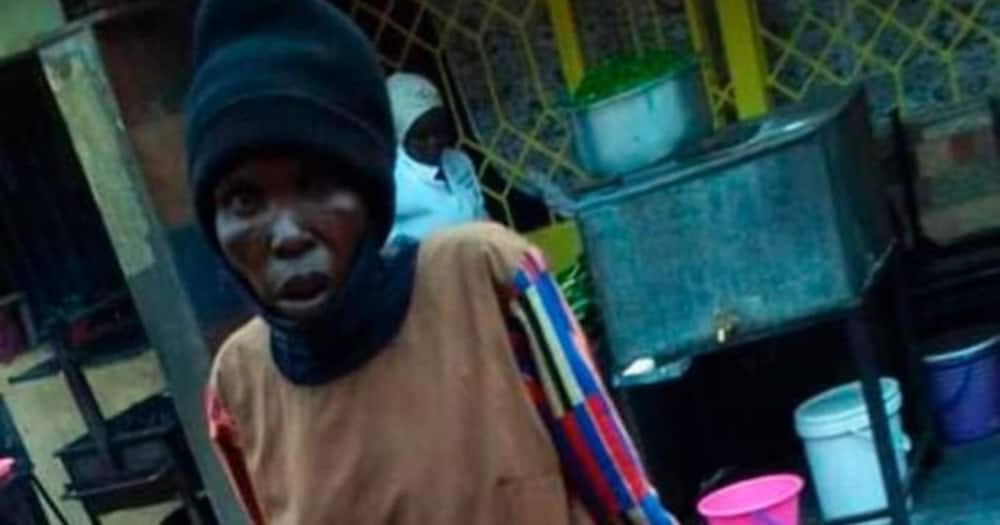 Susan Wanjiku told Nation that she was outside the Jamia Mosque when police officers rounded her together with other women, some with children strapped to their backs.

She said they were bundled into the back of a police pickup and taken to the Central Police Station at around 7.30pm on Sunday, November 14.

Mary Karambu, a street mother who sat close to Wanjiku said that they were made to sit on the floor behind the reception.

After some time, Karambu said they were led out in pairs and those who went out before them never came back in.

Other women arrested alongside the duo were Amina Chemtai, Alice Wambui (a hawker and single mother of six) and Lucy Khadija who all had children.

“We only heard them screaming. When our turn came, Wanjiru and I were led outside, behind a canteen where we met three female and six male police officers," recalled Wambui.

She said they were then ordered to take off clothes, were beaten with stinging nettles, which made their bodies itch.

"Since it was dark, three males had torches, and the females inserted their fingers in our private parts saying they wanted to check if we were commercial sex workers," she added.

After the beating, the ladies were released and most of them put on their clothes on the road outside the station.

Wambui said they were never told why they were arrested but they suspect the police assumed they were beggars.

Wanjiku started ailing On Tuesday, November 16, Wanjiku was at Kimathi Street, but was now in pain.

She laid on the paver bricks, supporting her head with her right hand and her left arm clutching at her chest.

She said that she had lain there since Monday night and was experiencing chest pains and body aches.

Khadija insisted that Wanjiku was healthy on Sunday, November 14, the day they were arrested.

“She fell ill after the incident. Those police officers killed Susan, but there is nothing much we can do because we fear they might come after us,” said Khadija.

At the moment, Wanjiku's body is at the City Mortuary, which the morgue attendants said was brought there by the police.