A lady got a rude shock after she found out that her father who she thought was dead is still alive after her friend posted a photo of him on her Whatsapp status on mother's day. 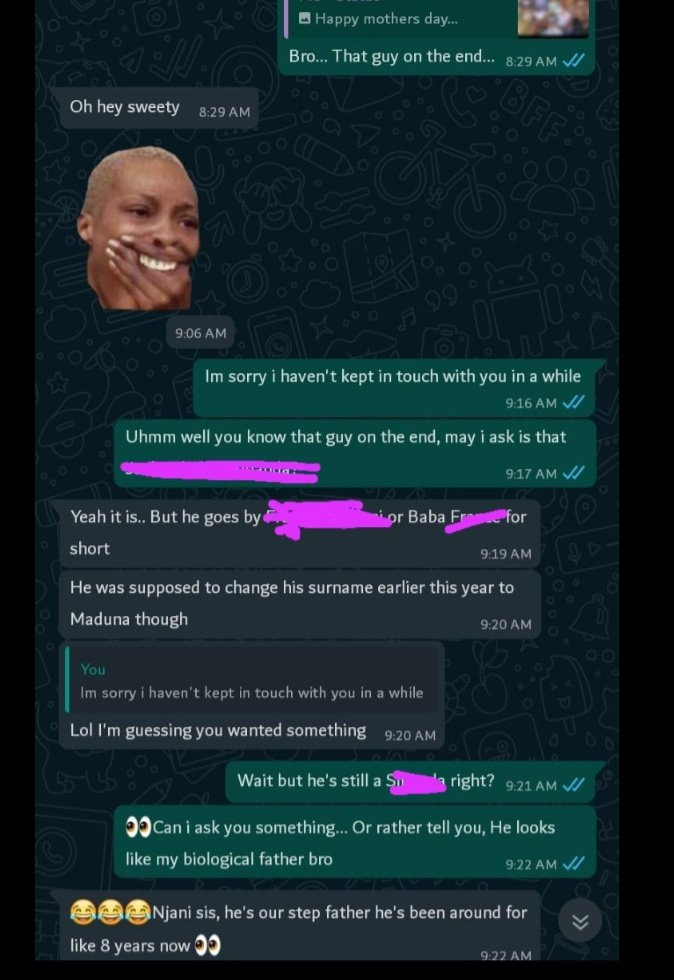 The Twitter user in her tweets stated that a burial was held for her father who they thought died in a car accident, but she is now sure the person buried isn't her father.

@sinethep1nk also disclosed her friend told her that she doesn't know her step dad's history but she does know he has kids somewhere.

Her friend further told her that the man who is now her step dad, never fully opened up about his past to her and she had a feeling it was shady.

"Im so confused.. I just saw my dad posing on my friends status for mothers day....

I'm having a lowkwwtf moment.. I thought my dad died

So after the call, she said she didn't know her step dad's history but she does know he has kids somewhere. There are places mana doesn't go to[ I'm guessing to avoid meeting or running into us]

He never fully opens up about his past to her but she did have a feeling that there was something shady about him. ( surname changes and moving away from certain towns and even not going to certain places) As for the birth mark i have the same one on my hand, that's how i know

Apparently he died in a car accident and someone was buried but it definenatly wasnt him because man's is my friends step dad... On a whole mother's day... Ya I'm shook for real!!! Men are surprising for real!

Y'all asking me soooo many questions, GUYS idk too, I just saw a guy who looked like the man they said was my dad who died ages ago... I'm yet to hear the whole thing, I'm just VERRRY confused, not sad not hurt just plain confused" 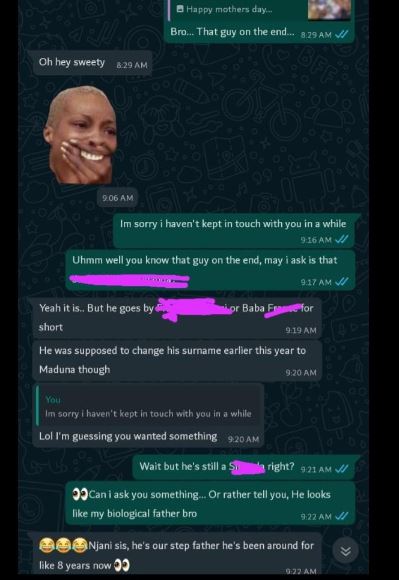