A 46-year-old Zimbabwean woman has been arrested and put before a court for allegedly raping her neighbour’s 15-year-old son who she had asked to fix lights in her bedroom. 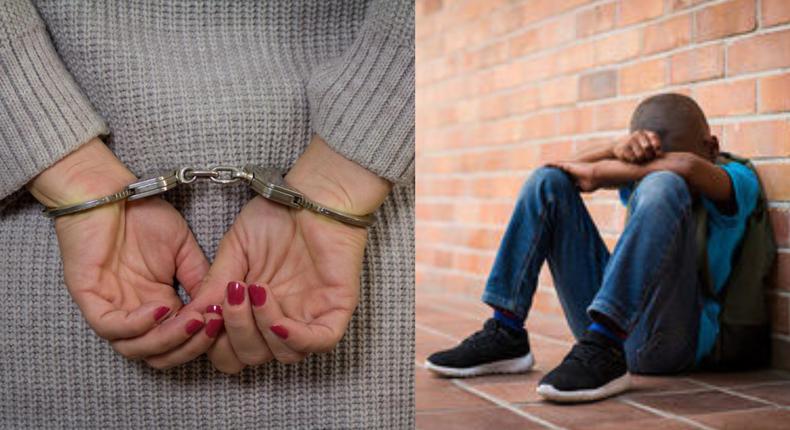 According to a local media, the woman identified as Charity Muwereka, from Plot 8, Nyamwari Farm, Rusape appeared before Rusape magistrate Obedience Matare facing one count of aggravated indecent assault.

Although she was not asked to enter a plea, she was however advised to apply for bail at the High Court, the news portal reports.

Prosecutor, Justice Masanganise reportedly told the court that after fixing the said lights in Muwereka’s bedroom, the minor sought permission to leave, but she convinced him to spend the night with her children because it was late and too dark.

Although his house was just less than 100 metres away, the teenager thought the elderly woman had his safety at heart, so he agreed to sleep in her house.

“Muwereka is a neighbour to the complainant. On November 1, the complainant penned their cattle at Plot 9, Nyamwari Farm which is about 100 meters from Muwereka’s place. Muwereka called the teenager and asked him to fix the lighting system in her bedroom. After fixing the lighting system, Muwereka told the teenager that it was no longer safe for him to go home since it was dark,” the local media quoted Justice Masanganise as having said.

“She told the teenager to sleep with her eight-year-old son in the dining room. Muwereka slept in the bedroom with her two daughters. Later during the night, the complainant woke up to discover that Muwereka was sexually abusing him. The teenager asked Muwereka what she was doing, but she told him not to tell anyone. Muwereka continued sexually molesting the teenager for about five minutes before going back to her bedroom.

“The teenager went home the following morning and told his mother that he had slept at Muwereka’s home. He did not reveal the matter but started crying.

“His mother took him to a local member of the ZRP’s Neighborhood Watch Committee, Abel Mushayabasa. The teenager narrated to Mushayabasa what had happened during the night at Muwereka’s home. He also told him that he was afraid to tell his mother what had happened, fearing that she would beat him up.”