Sex in Church: Pastor, why are you quiet?

There is something both the aged and the infant do not know anything about. 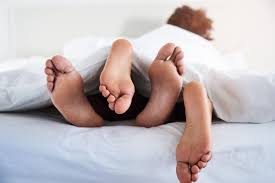 The church also has closed her eyes on this particular issue. Nobody wants to talk about it but it is very real.

In case you are not aware my brethren, I want to tell you that: SEXUAL IMMORALITY is the last bullet the kingdom of darkness has thrown against the church of God, and the church is wounded very sore that there seems to be no cure or remedy.

Hardly will you come across a young lady who has not been misused by 'so called boyfriends'. And every guy is now dating because of sex.

God is watching all those that are having sex with people they haven't married.

It's a headache for God seeing his own created people perishing in a sin called sexual immorality. How many young men today in the church can you count and point fingers at that fornication has not pulled down?

A pastor slept with his junior pastor's wife, impregnated her, and used the name of God to defend himself that it was God who instructed him to do so.

Sex that is supposed to be between husband and wife only, is now between father and daughter in the church, do I need to tell you there is fire on the mountain?

If sex that is a sacred thing in marriage has become a desecrated thing in dating, what else do you want before you prepare the way of the Lord?

PASTOR, WHY ARE YOU QUIET?!

Cry aloud, spare not. And tell the house of Jacob their sins, and Israel their transgressions. Pastor why are you not crying aloud? Why are you so mute like ELI? Heaven is shedding tears over the perishing souls every day and you are there raising funds every Sunday to build bigger Auditorium.

You call your members for anointing services and prayer meetings without urging sin out of them.
Some are living together with men that did not pay any dowry on them.

Some commit abortion and cover it up. Some are lesbians and homosexuals. What are you doing about that?

Where has the word of God that says *"flee fornication"* gone to in your Bible? From henceforth, if you don't take this warning and start declaring war against this strange spirit that has taken over the church, you'll have questions to answer.

And those who claim they love holiness messages with negligence to this particular truth about sex have actually missed the mark.

AND YOU CHURCH MEMBERS!

To be active in church and still be committing immorality, God is watching you.

To be a child of God and still having a boyfriend or girlfriend, God is watching you.

To be a choir member or youth leader and still be doing what the married are doing, if you like continue.

All you need is genuine repentance.

From a concerned Christian