Reno Omokri storms US for #HarassBuhariOutOfNewYork

Political activist and former presidential aide Reno Omokri has vowed to lead a protest against President Muhammadu Buhari in New York, the United States of America. 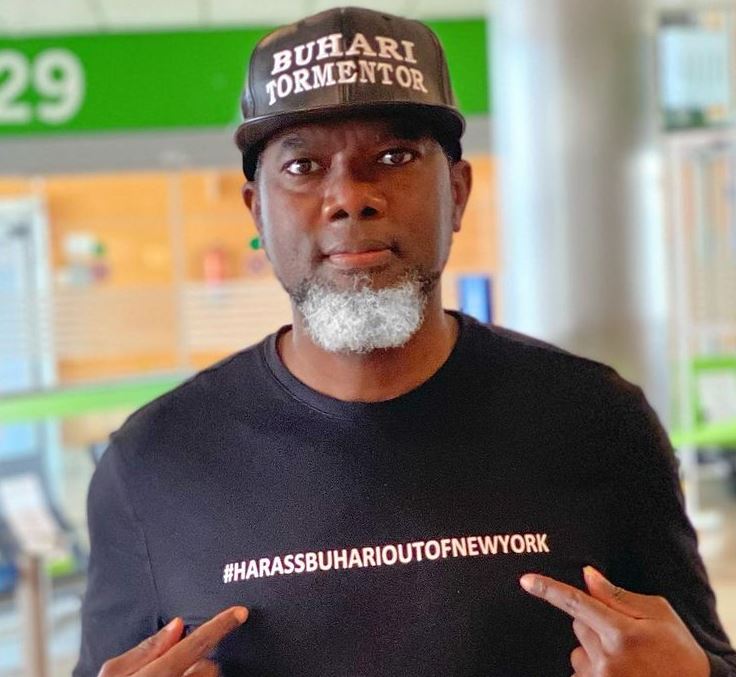 The protest which he tagged #HARASSBUHARIOUTOFNEWYORK is planned to hold on Friday, 24th September, the same day President Buhari is billed to address other world leaders at the ongoing United Nations General Assembly (UNGA).

Omokri revealed on his social media platform that he has already flown into New York for the protest. He promised everyone that will join him in the protest a free customized T-shirt.

He accused the Nigerian president of begging for loans in New York and wants him to return home to fix the country’s economy.

The protest is billed for 12pm on Friday.

Taking to the micro-blogging site, Twitter, Omokri wrote: “Just landed at New York for #HARASSBUHARIOUTOFNEWYORK. Still in the plane. Join me at Nigeria House at 12 noon on Friday, September 24, 2021. From there we will move to the UN Building.

“Everybody who joins me gets this cotton #HARASSBUHARIOUTOFNEWYORK T-shirt in Black or White.”

In an update posted on his page today, Thursday, Omokri wrote again: “Join Me Tomorrow at 12 Noon for #HARASSBUHARIOUTOFNEWYORK 829, 2nd Avenue, New York.

“Everybody who joins me gets this #HARASSBUHARIOUTOFNEWYORK T-shirt in either Black or White.

“Buhari should stop begging for loans in New York and return to fix the mess he made of our economy!”