Real reason behind sack of 40 pastors by Oyedepo

Fresh facts emerged on Monday, why Bishop David Oyedepo sacked about 40 pastors in the employ of Living Faith Church worldwide in Ekiti State. 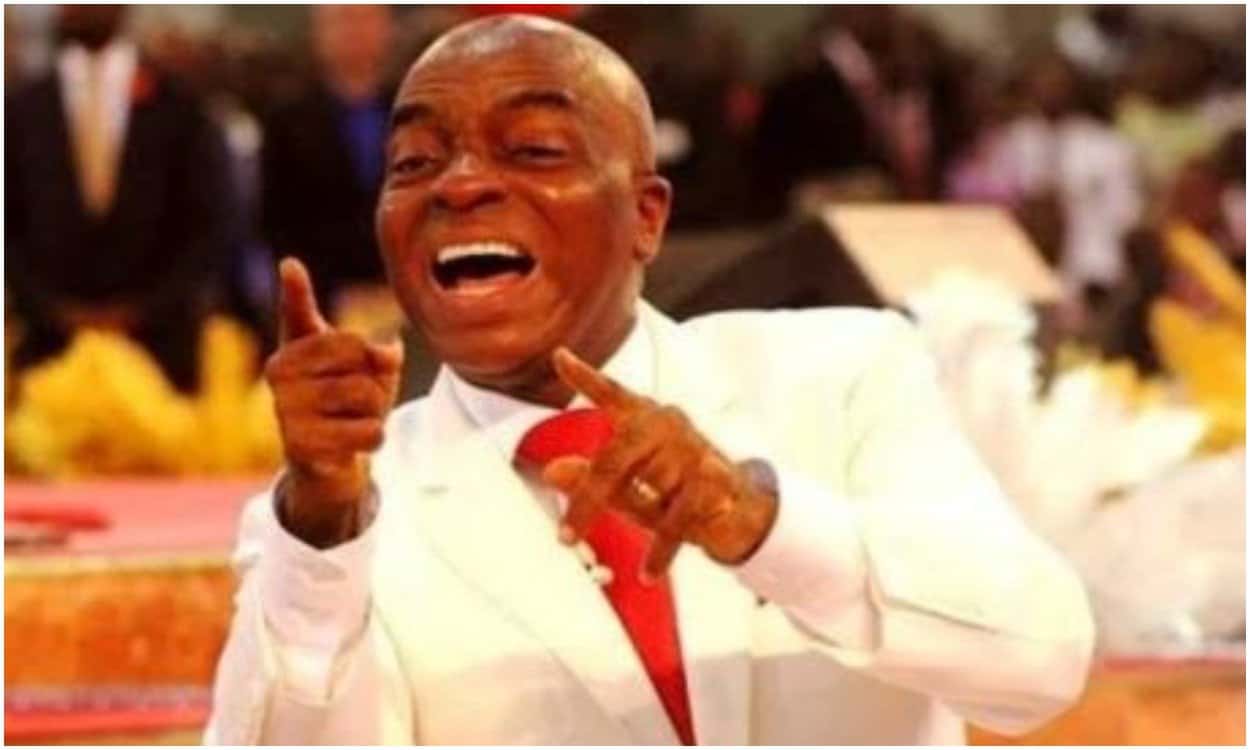 Reports on Sunday said Bishop Oyedepo, founder/General Overseer of Living Faith Church also known as Winners Chapel sacked an estimated 40 pastors of the church for not meeting up with the targeted money they were supposed to rake in into the purse of the church.

While online is awash with seating remarks with some advising the aggrieved pastors to approach the Labour Courts and others would take their case to God for adjudication.

For instance, popular media personality, Morayo Afolabi-Brown, has urged the sacked pastors to take their grievances to God.

The TV host made this known on her verified Instagram page @morayobrown on Sunday, following the report on the sacking of pastors at the church.

She wrote, “God is the real MD (Managing Director) of any Bible believing church. If you get ‘sacked’, take your grievances to Him, not the media. Only He can compensate you, not the rabble rousers on social media.”

This came shortly after a certain Pastor Peter Godwin, a pastor at the Winners Chapel, claimed that the church sacked him and about 40 other pastors in Ekiti State for failing to grow their respective parishes.

In a letter that has been trending on social media, which is dated June 25, 2021 and signed by the Executive Secretary of the church, Adebisi Aboluwade, the pastors were asked to evacuate their official accommodations and hand over their identity cards to their respective area pastors.

In a trending video, Pastor Godwin, who claimed to be one of the pastors affected in Ekiti State, said he was employed on August 28, 2020.

He said that he was invited with about 40 of his colleagues by the state pastor on July 1, 2021, but was sacked for failing to grow the income of the church.

The pastor said that, on July 1, he received a call that the state pastor wanted to see him, and that he was amazed to see about 40 other pastors when he arrived.

Godwin said, “When I got there, I saw other pastors too, over 40 of them. So, I joined them.

“A few minutes later, we were [each] issued a letter. I opened the content of the letter to see what was there and I saw that it was a sack letter.

“So, I called the management the next day to find out what happened since I wasn’t involved in any dubious activity or evil act. I was told by the management that the church doesn’t operate at a loss.

“They also told me that the total income that is being generated from my station should be able to cater for my welfare and accommodation, so as a result of low income, I’m hereby dismissed.”

But Vanguard investigation revealed that the pastors sacked were pastoring rural churches which depend so much on the headquarters for funding rather than bringing in money into the church’s purse.

A senior pastor close to the helm of affairs in the church who does not want his name mentioned in press because he has not been authorised to speak, said: "The Living Faith Church had the vision in the year 2019 to open 10,000 rural churches nationwide.

"By the close of the year 2020, over 80 per cent of these cottage churches had been built following a prototype designed and constructed by the church professionals. Then came the human factor.

"Ordinarily, pastoring in Winners Chapel had followed a pattern of training and discipleship since its foundation 40 years ago. However, in view of the massive recruitment to take charge of the new 10,000 churches, many who were neither spiritually nor morally prepared found their way into positions of authority as Pastors-in-charge," our close source said.

The source added that with good foresight, the church headquarters appointed seasoned pastors as Mission Inspectors to regularly visit, ministers and monitor these rural churches.

"A lot of the inspectors’ reports were damaging with ungodly acts such as abuse of grace, outright deceit, absconding from church while working full-time elsewhere etc.

"Ab initio, rural churches were never intended to be money spinners; rather, they are money guzzlers because the main church solely built, equipped and maintained both the church and its pastors-in- charge," the pastor said.

He added that the story in circulation about these churches not making sufficient income was therefore patently false and misleading.