Reverend Father Peter Ayanbadejo has got people talking on social media after celebrating Eid-el-Kabir with Muslims at a central mosque in Ogun Waterside local government area of Ogun state. 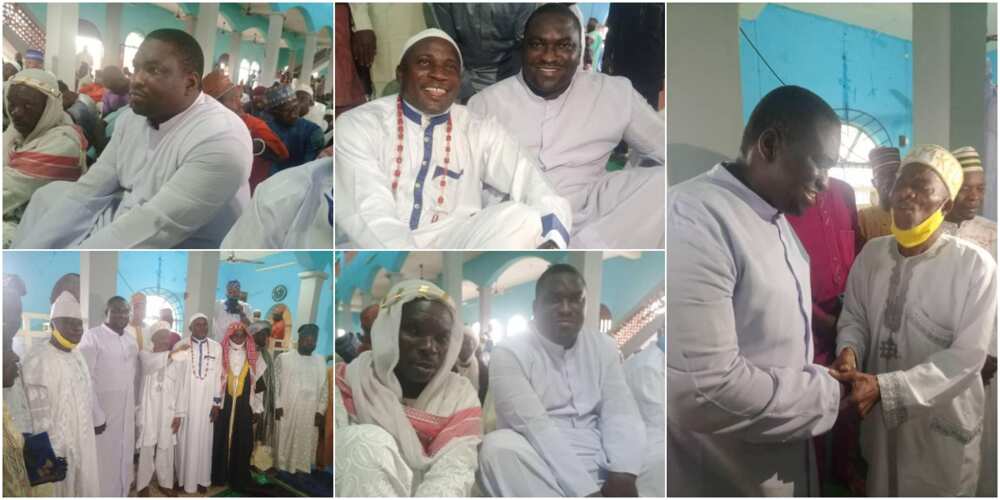 In some of the photos, the priest could be seen sitting on a mat in the mosque. He could also be seen taking a group photo with some Muslim faithful.

Photos of the Christian cleric with his Muslim counterparts were shared on Facebook by The Partner Newspaper, Ijebu-Ode-Ode Diocese.

Father Peter Ayanbadejo has inspired many people on social media following this sensational gesture of his.

Ayanbadejo is the dean of Ogbere Catholic Deanery.

Godwin Sunday Alphonsus commented: "Good one Padre this is one way to let them know God is one and we are his children."