A Nigerian pastor, Oluwaseun Alabi, has shown great love as he spent his resource renovating a 60-year-old mosque in Ikire, Osun state. 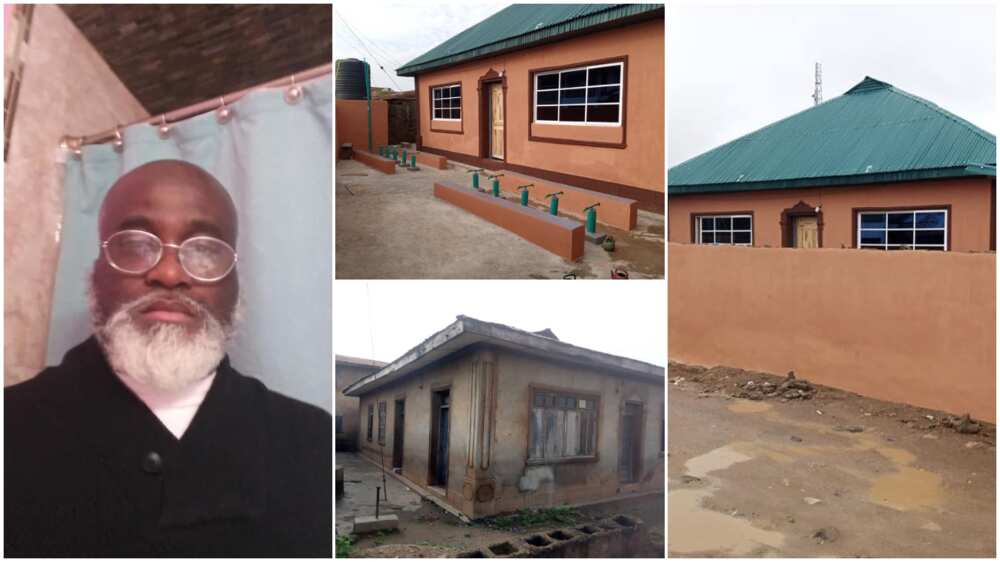 Sharing the story on Facebook, Bakara Adegboyegba, said that Oluwaseun’s act made many Muslims in the community rejoice.

Many people praised the man of God for his act of love.

The chief Imam of Ikire, Yunus Raaji Ajibade Olounose, and other clerics prayed for the kind pastor.

The Imam commended the man for what he did even though he is a Christian.

In his statement, the pastor said that he feels fulfilled that he was able to renovate the mosque that marked his childhood.

He said he used to play with his Muslim friends in the mosque.

To those asking him why he chose to work on the mosque, the man revealed that Ikire has been a place where there is no religious disparity as everybody irrespective of their faith lived in harmony.

The man promised to do more in helping the community as he said many will be given scholarships in the future.

Below are some of the reactions gathered:

Solagbade Adetayo William said: "That's laudable. We need to coexist in peace. Eid Mubarak to you and family."

Lawal Lukmon Olabayo said: "May his source of income never dry.. you are fantastic sir."

Adebayo Bakare said: "If we live dis ways dere won't be any diversification of interest, love will be intact with dat political propaganda won't thrive."

This is really praiseworthy. I wish our community were just a little bit like this. But perhaps someone could start changing this world for the better. So I will give our pastor a link to https://thwindowsdoors.com/windows-and-doors-oshawa/ so that he could get quotations for doors replacement in the local church. On our side we must increase our donations, too.