Prayers Saved Passengers On Board Flight From Lagos To Abuja.

Passengers on board the first flight of Med-View Airline heading to Abuja from Lagos were stranded for at least 30 minutes while airborne on Monday.

The plane was scheduled to land at the Nnamdi Azikiwe airport, but the the pilot, citing poor visibility, kept it hovering in the air.

Relaying the experience to us,   one of the passengers said as soon as the pilot concluded the announcement, they all took to prayers. 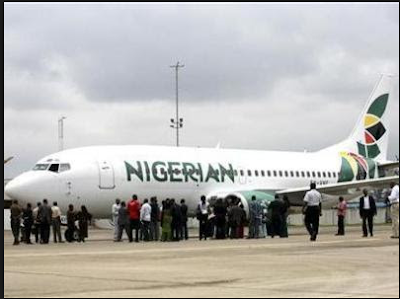 Quote
“It wasn’t funny at all, I have never experienced such a thing. You needed to see how people were praying in different languages and religions. Everyone was afraid,” she said.
“It was one of the longest moments of my life, knowing the nature of our airlines.”

The woman said the pilot later informed them that he would return to the Murtala Muhammed International airport, Lagos, if the weather condition failed to improve within an hour.

Quote
“The pilot said his visibility was poor, and he would have to take us back to Lagos, but luckily we landed after 30 minutes.”
http://www.gistmania.com

Permalink Reply by ZANDERS CHARLES on September 30, 2016 at 8:22pm
Thanks to God