Nigerian Arrested in Ghana Over $150,000 Fraud by Forging Chief of Staff’s Signature

The police in Osu, a district in central Accra, Ghana have arrested a 38-year-old Nigerian, Dennis Ndukwu, for alleging forging signatures of Ghana's Chief of Staff, Julius Debrah, Finance Minister, Seth Terkper and other top government staffs, to defraud a foreign investor to the tune of 150,000 dollars.

According to Local media outlets, Dennis and his gang's fraudulent operations were uncovered in June this year after they tired to withdraw a huge amount of money from the investor's account. The police said Dennis and his gang, through internet hacking, got to know about challenges being faced by the victim, a Vietnamese investor who had invested over 8.5 million dollars in Ghana.  Dennis allegedly introduced himself to the investor, Le Van Khiem, as the secretary to the chief of staff, Julius Debrah, and revealed that he can use the high office to assist him.

Various documents purportedly signed by the chief of staff and the finance minister Seth Terkper were produced and this convinced the victim to give his personal items including his visa card and code to Dennis and his gang to enable them withdraw $100,000 from his account to aid the process.

The unusual withdrawal attracted his bankers’ suspicion to raise query on the account and block it. However, they were still able to get the victim to part with several thousands of dollars. It was during the withdrawal of the last portion of the money transfer that Dennis was arrested.

He has now confessed to the crime and mentioned one Robert Amuzu as an accomplice. 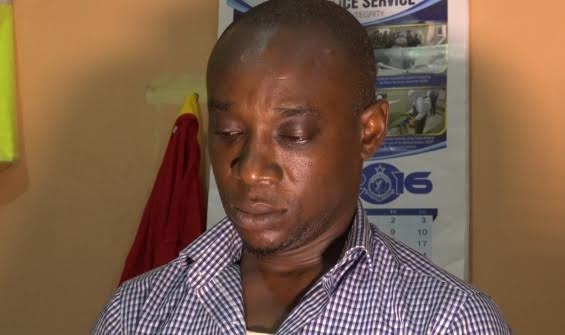