'My wife ran away after I started working as mortuary attendant'

A Kenyan man identified as Gichuru Mwangi (not same in photo) has this stunning story to share. 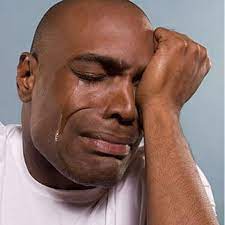 When Mwangi was young, he always wanted to be a teacher but as he grew up, his career changed and he decided to go for mortuary science course although his family was against it.

His family tried to discourage him from taking the mortuary science course but he insisted on going on.

The Kenyan says that sometimes he gets emotional when working on dead bodies but he has to be strong because it’s a job just like any other.

His career almost ruined his marriage where he claims his wife ran away from home for sometime because she thought once her husband started working in the mortuary, he would start having strange behaviors.

His family members came to understand his passion in being a mortuary attendant and they now fully support him.

He has urged youths to get jobs in mortuaries instead of being involved in crimes and drugs.

Mwangi does not regret choosing to be a mortuary attendant.

He claims it’s the best work that he has ever attended although sometimes he becomes emotional.