My life in danger — Nnamdi Kanu raises alarm from detention

The operatives of the Department of State Services (DSS) has been accused of confining the leader of the Indigenous People of Biafra (IPOB), Nnamdi Kanu to solitary confinement without seeing sunlight for twenty-three hours a day. 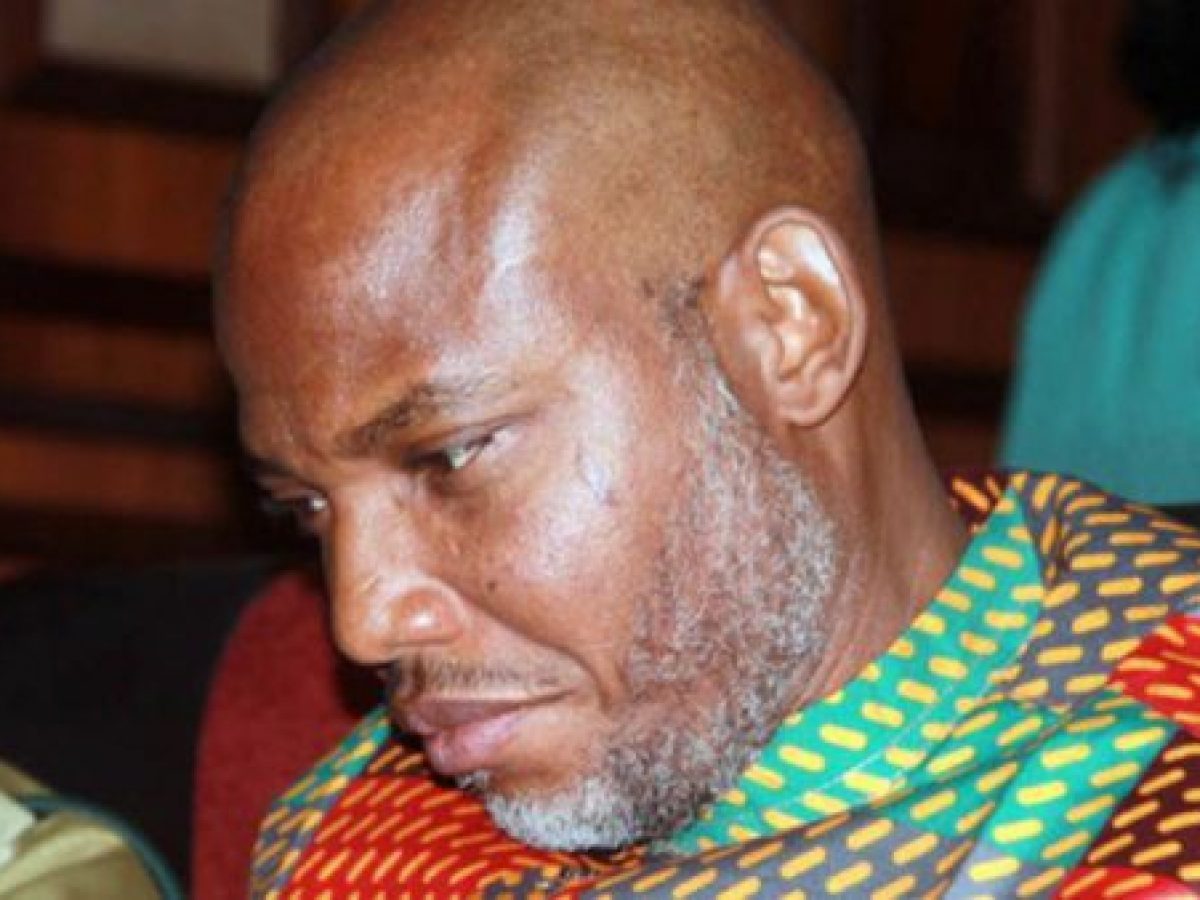 This was contain in a statement obtained by Vanguard on Thursday.

The statement was signed by two of Kanu’s leading lawyers, Aloy Ejimakor and Ifeanyi Ejiofor.

In the statement titled, ‘Mazi Nnamdi Kanu’s detention condition at the DSS amounts to torture'.

His lawyers also alleged that the DSS officials did not allow him to have a new pair of glasses, since they broke into pieces the ones he was using during his abduction in Kenya.

The statement read, “Our Client, Mazi Nnamdi Kanu, has instructed us to make the following information public:

“That despite a Court order to the contrary, the condition of his detention at the DSS headquarters in Abuja continues to be harsh, degrading and inhumane.

“That he is solitarily confined to a very tiny cell twenty-three (23) hours of the day without access to sunlight and any social interactions whatsoever. He believes that this is aimed at inflicting extreme emotional and mental distress on him and breaking him psychologically.

“That any detainee who encounters and greets him during the single hour he is allowed outside his cell is promptly put in solitary confinement or transferred to maximum security as a punishment for exchanging mere greetings with him. Because of this, detainees have resorted to avoiding him and exchanging salutations with him, not to talk of any other form of social interactions.

“That since the Nigerian government extraordinarily renditioned him, he has not been allowed a change of clothing; and his Jewish prayer shawls and other religious materials brought to him by his Counsel were rejected and returned.

“That the DSS has refused to replace his corrective glasses (lenses) which were smashed to smithereens by agents of the Nigerian government in the process of the violence they unleashed on him while abducting him in Kenya. This has led to a rapid deterioration of his sight.

“That he is not allowed to sleep with a pillow and this has led to him developing acid reflux which comes with acute burning sensations in his chest, chest pains and extreme difficulty in swallowing.

“That on the 17th July 2021, one of his Lawyers (the undersigned Barrister Aloy Ejimakor) was detained and interrogated for hours by the DSS when he came to the DSS on visitation to Mazi Nnamdi Kanu. Mazi Kanu, who witnessed the detention before being led away was very distressed and alarmed by this incident and he considers it a brazen act of intimidation of his Counsel.

“That he has, to date, been denied access to the British Consul despite her repeated requests to see him; and on the day of his last court appearance (10th November, 2021), the British Consul who was in Court to observe the proceedings was intimidated by DSS officers, who restricted her from coming close to Mazi Kanu.

“That, to date, the DSS has denied his repeated requests for an independent medical examination to determine the extent of damage done to his body by a suspected substance he may have been injected with during this abduction and extraordinary rendition. He has reason to believe that the said injected substance is depleting the potassium content of his body, thus causing him constipation, a feeling of skipped heart beats, palpitations, fatigue, muscle weakness/spasms and numbness.

“That in the circumstance of the forgoing, Mazi Nnamdi Kanu continues to have a persistent and heightened feeling of portent threat to his overall well-being and safety within the DSS facility where he is currently detained.”