In sharp contrast to trying to make ends meet for a better living in the UK, a man decided to be live all alone in the woods. Ken Smith left civilization in the 1980s. 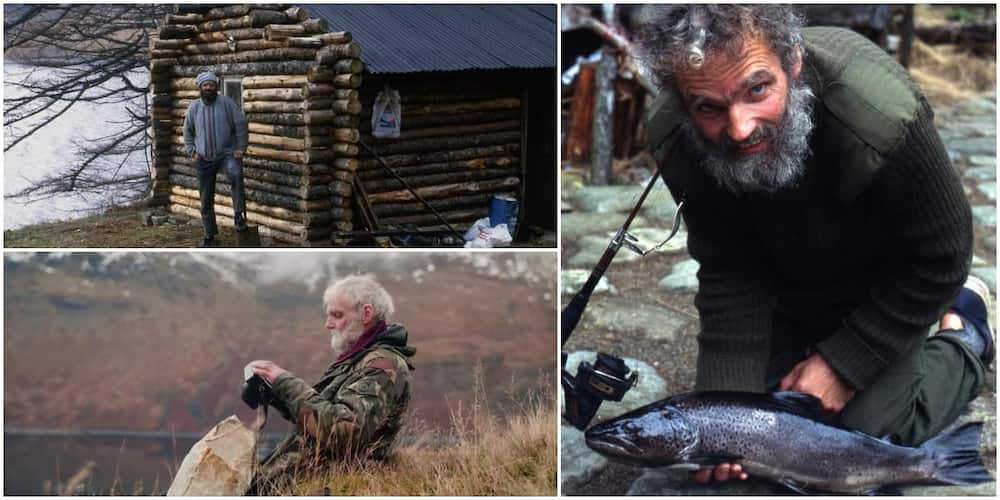 The hermit identified as Ken Smith has now lived in the woods with no electricity and running water for about 40 years of his life.

BBC News reports that Ken had a tough rethink about living in civilization after a group of thugs severely beat him during a night out.

He was 26 years old when that incident happened and suffered a brain haemorrhage, and lost consciousness for 23 days.

Ken said medics had believed he would never recover from unconsciousness and, even if he does, wouldn't be able to speak.

He would later learn of his parent's demise. Ken said he cried all the way while he walked, looking for the perfect place to choose as an abode.

How he lives in the woods Ken had always had a thing for building things and even built fire stations as a teenager.

In the woods, he built a log cabin using woods, this is after he had experimented on it using small sticks.

He feeds on vegetables grown in the woods as well as forages. He would later suffer a stroke while out in the snow and was airlifted (thanks to a GPS tracker given to him by the BBC team that followed his story) for treatment in Fort William, Scotland.

Afterwards, Ken returned to the woods to continue his life as a hermit.