Moving away from the norm that has existed for centuries, a man took it upon himself to erect a house that would be upside down. 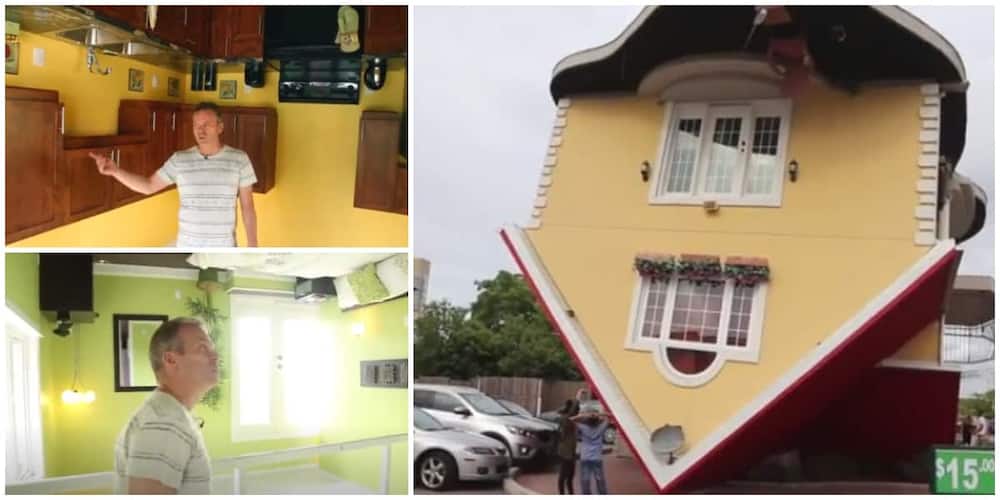 Marek Cyran got the idea for an upside-down house after seeing one in Poland while on vacation and proposed it to people in his community.

It was gathered that Marek's idea was mocked by the people but he would not be discouraged.

A YouTube Video by Kool Buildings showed the interior of the building that would have been before now considered a figment of one's imagination.

The one-storey building has its roof lapping on the floor and the other end facing the sky.

On the inside, the kitchen, dining table, bedroom and other areas in a normally positioned apartment are erected in upturned positions. Even a decorative plant can be seen upside down.

It is home to tourists Marek's daring work of architecture has somewhat facelifted the community as it has become a tourist destination.