The PSG forward edged rival Cristiano Ronaldo to claim the men's prize, while the Barcelona star claimed a landslide victory in the women's vote 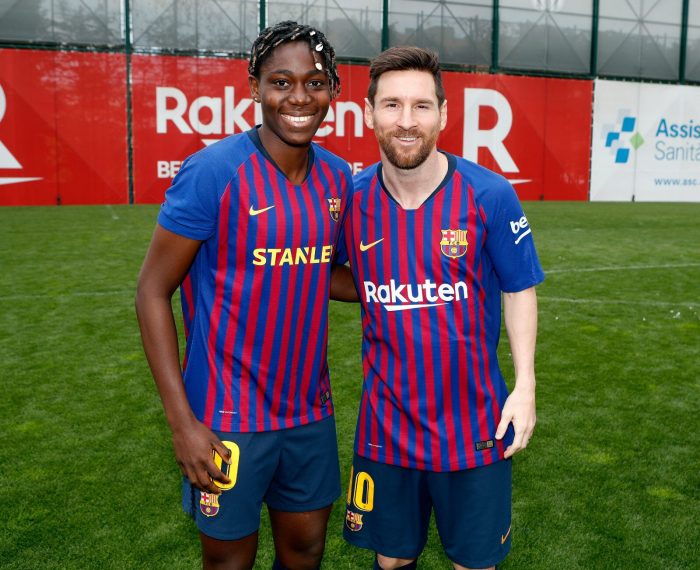 Lionel Messi and Alexia Putellas have been crowned winners of this year's GOAL50 awards.

He pipped his great rival to the top spot by just 24 votes, a remarkably miniscule margin of victory.

This year the rankings were decided by a series of head-to-head battles voted on by fans all over the world, who came out in force to support their favourite players.

Over 14 million votes were cast in the men's section alone, with Messi's battle with Ronaldo going right down to the wire.

All-time men’s international leading goalscorer Ronaldo led the voting going into the final 24 hours, with the polls closing at 1400 UK time on Tuesday, but Messi claimed a 50.1 per cent share of the vote against him.

Messi's narrow victory in his head to head with third-placed Robert Lewandowski (53.3% to 46.7%) also proved crucial to his overall victory.

As for the women's award, almost 10 million votes were cast via our website and GOAL apps and Putellas was the runaway victor.

Like Messi, she had a winning record against all 49 of her competitors and nobody came close to toppling the Barcelona Femeni captain, who topped the polls from start to finish.

Putellas was effectively recognised as the best player in the best team of 2021, as underlined by the fact that the Blaugrana’s women’s team account for the top four spots.

Irene Paredes won every head-to-head, other than her showdown with team-mate Putellas, to claim second place just ahead of Asisat Oshoala, with Lieke Martens finishing fourth.

Finally, with 24 million votes cast overall, we would just like to thank you, our readers, for making the biggest, most engaging and most exciting GOAL50 ever.