Lagos State Governor, Babajide Sanwo-Olu, has given update on the collapsed Ikoyi building. 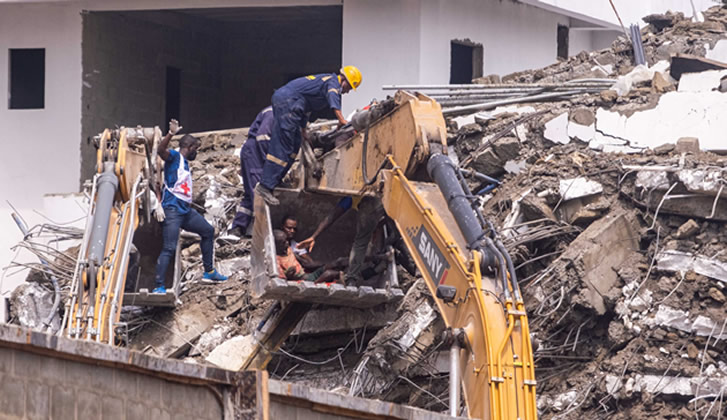 Addressing journalists on Wednesday at the scene of incident, Sanwo-Olu confirmed the death toll now stand at 22 while giving names of survivors that have been identified by government as follows; Otundiran Timileyin, Ahmed, Sunday Monday, Adeniran Mayowa, 27, Sholabade Nurudeen, 27 (Osun), and Waliu Lateef, 22.

The governor said autopsy will be carried out to identify the dead bodies while he also said executive order will be signed to guide against future occurrence.