A 20-year-old lady who sued her mother’s doctor for causing her to be born has won the case and her lawyers say a huge compensation payout is yet to be calculated. 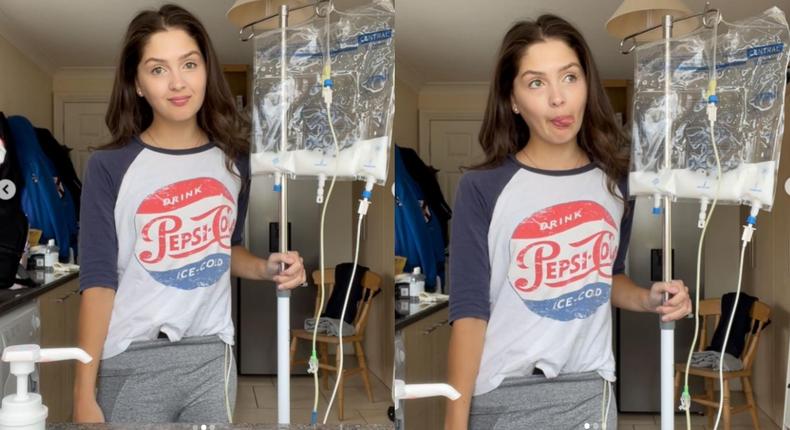 Evie Toombes, a showjumper who lives with a spinal defect (Spina bifida) filed the landmark case against Dr Philip Mitchell which has resulted in the historic ruling.

She accused the family doctor of failing to advise her mother against conceiving at that time she did and the appropriate things to do, inaction that resulted in her being born with spina bifida.

According to her, the doctor’s negligence resulted in a "wrongful conception" that gave birth to her.

She argued that Dr Philip Mitchell did not advise her mother to take folic acid supplements to avoid giving birth to a baby with spina bifida.

Her mother told the court: “I was advised that if I had a good diet previously, I would not have to take folic acid.”

She claimed that with her condition, she spends 24 hours connected to tubes sometimes.

Spina bifida is a neural tube defect (NTD) that affects the spine and makes it impossible for the backbone that protects the spinal cord to form and close as it should.

This often results in damage to the spinal cord and nerves, leading to physical and intellectual disabilities.

Interestingly, Judge Rosalind Coe QC agreed with Evie Toombes in London on Wednesday, December 1, saying she would have been born healthy if her mother had gotten the right advice from Dr Philip Mitchell.

“If Evie's mother had been provided with the correct recommended advice, she would have delayed attempts to conceive,” Judge Rosalind Coe QC ruled.

Although no exact amount has been determined yet, Toombes’ compensation is expected to be huge because it must be sufficient to cover her healthcare for life.

Poor girl. I hope she will be fine. Also i found a good article about esportsmen health  here. I recommend to read, and get rid of any problems with your health