Twitter CEO Jack Dorsey is stepping down as chief of the social media company, effective immediately. 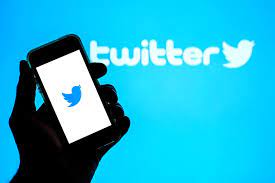 Parag Agrawal, the company’s chief technology officer, will take over the helm, the company said Monday.

Twitter shares were up more than 3% on the news.

Dorsey, 45, was serving as both the CEO of Twitter and Square, his digital payments company.

Dorsey will remain a member of the Board until his term expires at the 2022 meeting of stockholders, the company said.

Salesforce President and COO Bret Taylor will become the Chairman of the Board, replacing Patrick Pichette, a former Google executive, who will remain on the board as chair of the Audit committee.

“I’ve decided to leave Twitter because I believe the company is ready to move on from its founders,” Dorsey said in a statement, though he didn’t provide any additional detail on why he decided to resign.