Curvaceous Gambian actress, Princess Shyngle has given a warning to ladies with boyfriends as she noted that she’s going to snatch someone’s boyfriend before summer due to her current relationship status. 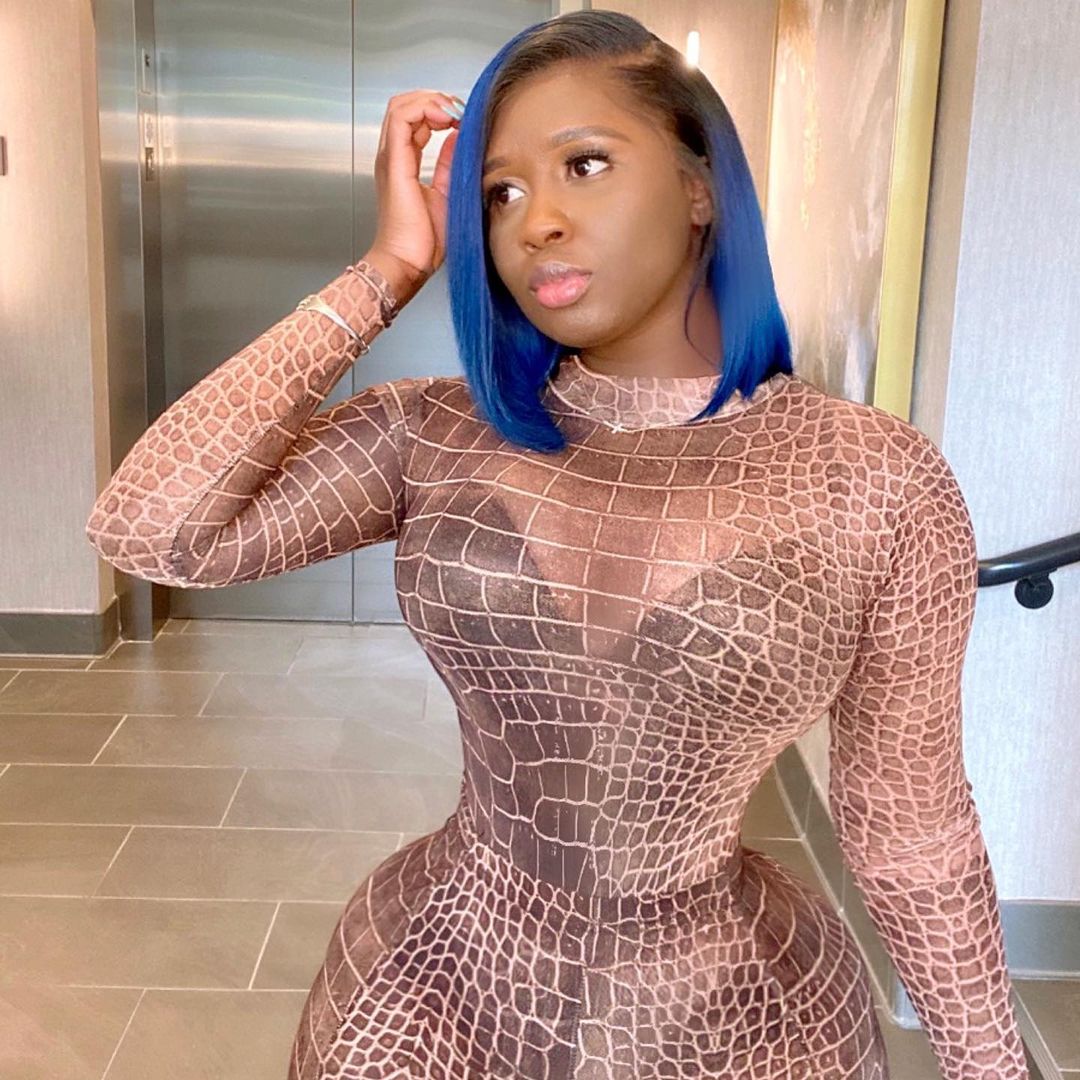 Shyngle’s life faced some challenges in the past few months as her three months marriage came crashing over alleged domestic violence.

Not long after, it was reported that the actress had to be rushed to the hospital following a suicidal episode.

Well, she probably has shaken off the bad energy and has resumed her lifestyle on social media. The stunner, in a new post on Tik Tok urged ladies to hold on to their men as she’s ready to snatch someone’s boyfriend.

According to Shyngle, anyone’s boyfriend she snatches before summer can feel free to snatch him back after summer.

Read her message to ladies below; 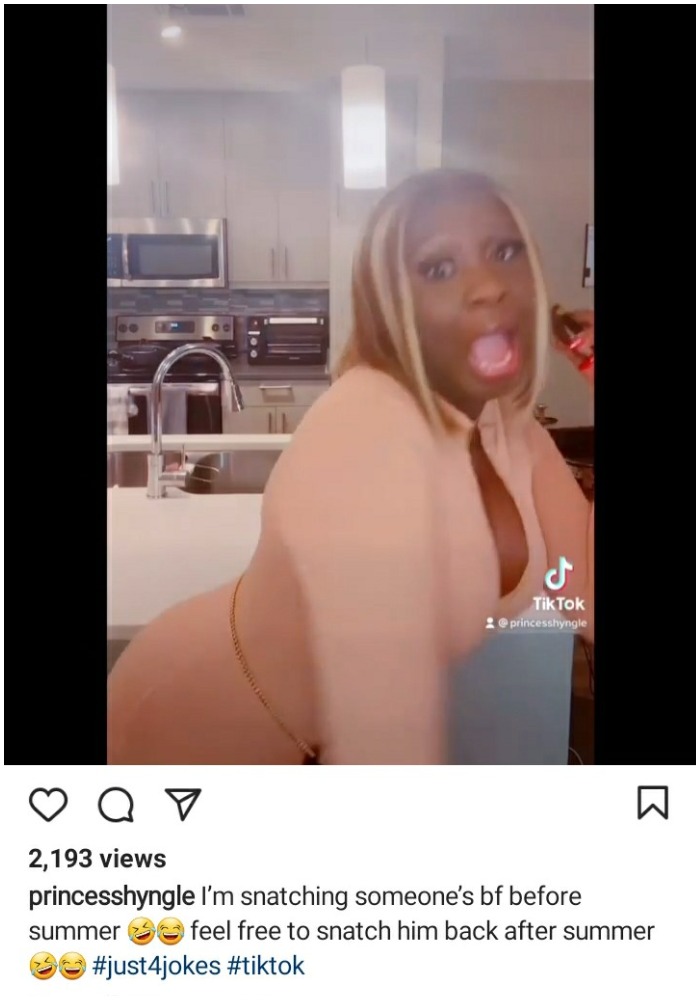