I'm not thug — Lady who had altercation with Remi Tinubu, speaks

A lady that had an altercation with the former First Lady of Lagos State, Senator Remi Tinubu, at the venue of the South West Constitution Review public hearing has explained what actually transpired. 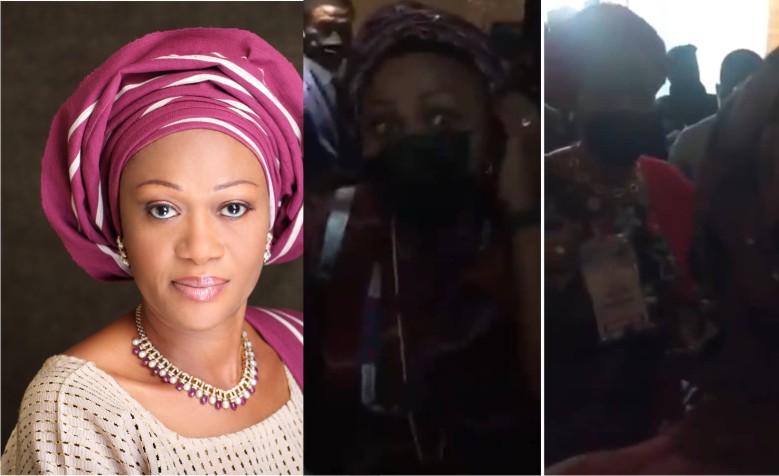 In an interview on Friday, the lady, Arinola Oloko, said she did not insult the senator representing Lagos Central in the National Assembly, adding that she does not know why the lawmaker called her a thug.

She explained: “When we got there [venue of the public hearing], we were told the hall was filled and we demanded for speakers to enable us outside to hear what was happening inside and that is it. The rest is captured in the video”.

Oloko further stated that public hearing in the South West was not properly organized and that a new constitution is what is needed, and not an amendment.

She added: “I am not a criminal ma, was my response; because I can’t be, because I am not a violent person.

“The whole exercise is not properly organized. How will you use Marriott Hotel in Ikeja after inviting several people and you now claim that the hall can only take 256 people.

“We want a new constitution because this one has a faulty foundation. Once a foundation is faulty what do you expect. So, we need a new one to accommodate transparency, accountability and autonomy.”