Earlier, Jane Mena filed a petition before the Nigerian Police against actress, Tonto Dikeh over claims of cyberstalking and defamation.

Following the development, the actress and mother of one reacted to Mena’s petition… holding her stance and saying that indeed, the dancer’s sex tape still exists. She then went on to allege that Mena is begging her off social media to help save her marriage but is coming online to file a petition.

Jane Mena has now given a counter-attack and she dared Tonto to release the tapes which according to her (Jane) doesn’t exist. 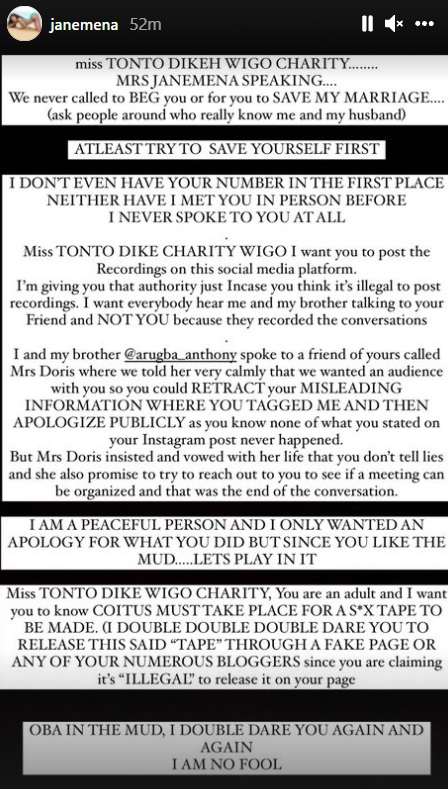