Despite the backlash over her alleged affair with married man, Big Brother Naija star, Maria seems to be unperturbed about the 'husband snatching saga' on social media.

He revealed this on his Instagram page, stating that Maria has also been allegedly sending his sister threats and he won’t let it slide.

However, in her recent post on Instagram, Maria wrote; "All love emoji... inspo for my penthouse in Lagos" while accompanying the post with a photo of a house. 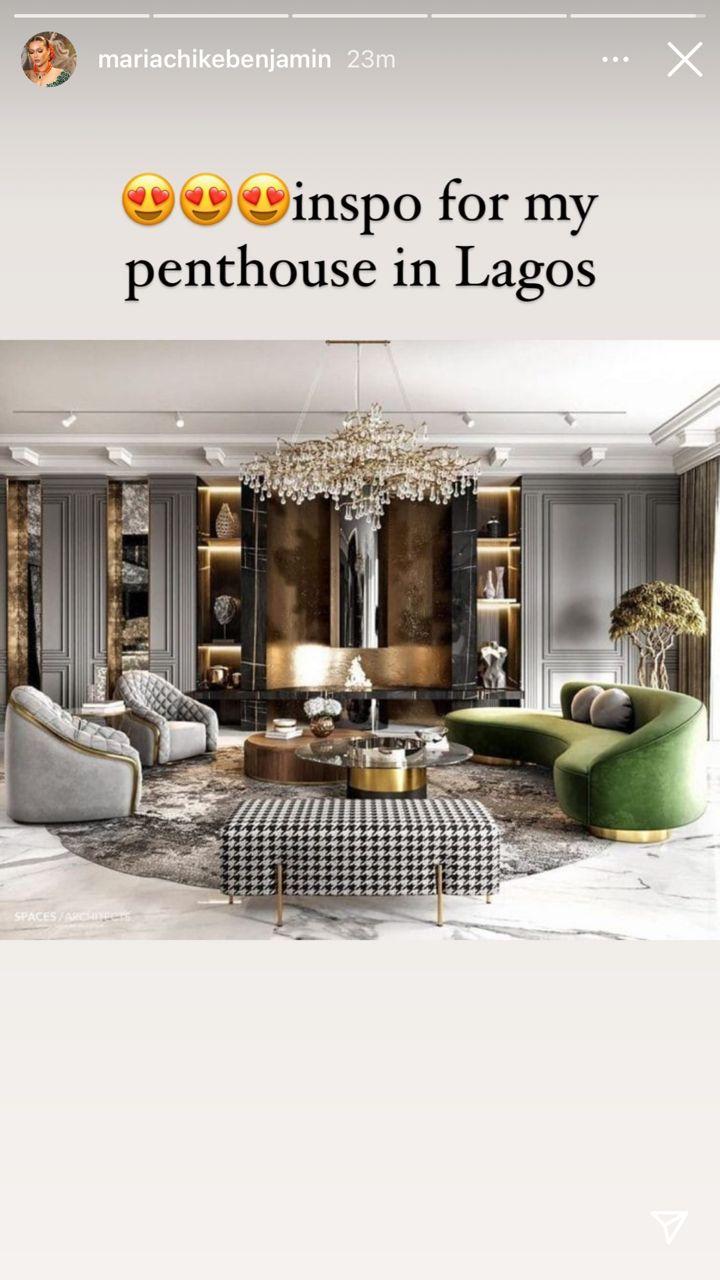