Haruna Sori Shuaibu is an evangelist from Adamawa State. He is a Fulani man. 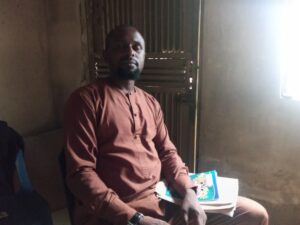 He became a Christian in 1999 after reading a tract given to him by a missionary.

He shares his experience with Church Times Nigeria at the 2021 Conference on Practical Evangelism at the Gospel City, Offa, Kwara State.

How Jesus arrested me

"I became really agitated about the issues I raised earlier. That was in 1998. That made me to start praying and telling God to show me the way. I told God I don’t want to perish that he should reveal the truth to me. While this agitation was going on, I met a missionary who gave me a tract. That was on June 13, 1999.

"The miracle about this tract was that I never knew how to speak and read English very well as at that time. But when the man gave me the tract, I discovered I could read every sentence in the tract. The tract ministered to me greatly. Behind the tract, there was the sinner’s prayer. I prayed the prayer. After praying, I felt so light and free. It was like somebody had just helped to lift up a heavy load from my head."

"The change was so drastic that in no time, my family noticed that something had happened to me. They knew almost immediately that I had become a Christian. That was the beginning of heavy persecution for me. I almost lost my life. My brothers were persecuting me more than my parents.

"They first gave me time to come back to Islam. When they saw that I was not going back to Islam, they did everything to frustrate me and attempted to kill me."

What the Holy Spirit told me