Omo Deborah Efe, a Nigerian woman who goes by the name Omo Deborah Efe, has taken to the famous Facebook page Match Maker to recount her encounter with a man she went to see.

After several requests from the man, the lady agreed to visit him, according to the lady.

When she arrived at his home, she found it to be filthy and untidy.

She also discovered that her guest’s cooking gas had run out, preventing her from cooking, despite the fact that she had brought some food.

She said that the man-made sexual advances to her in the middle of the night, but she declined. This enraged him.

After being delayed to give her transportation fare, she picked up her bag and left the next day.

Below is her full story: 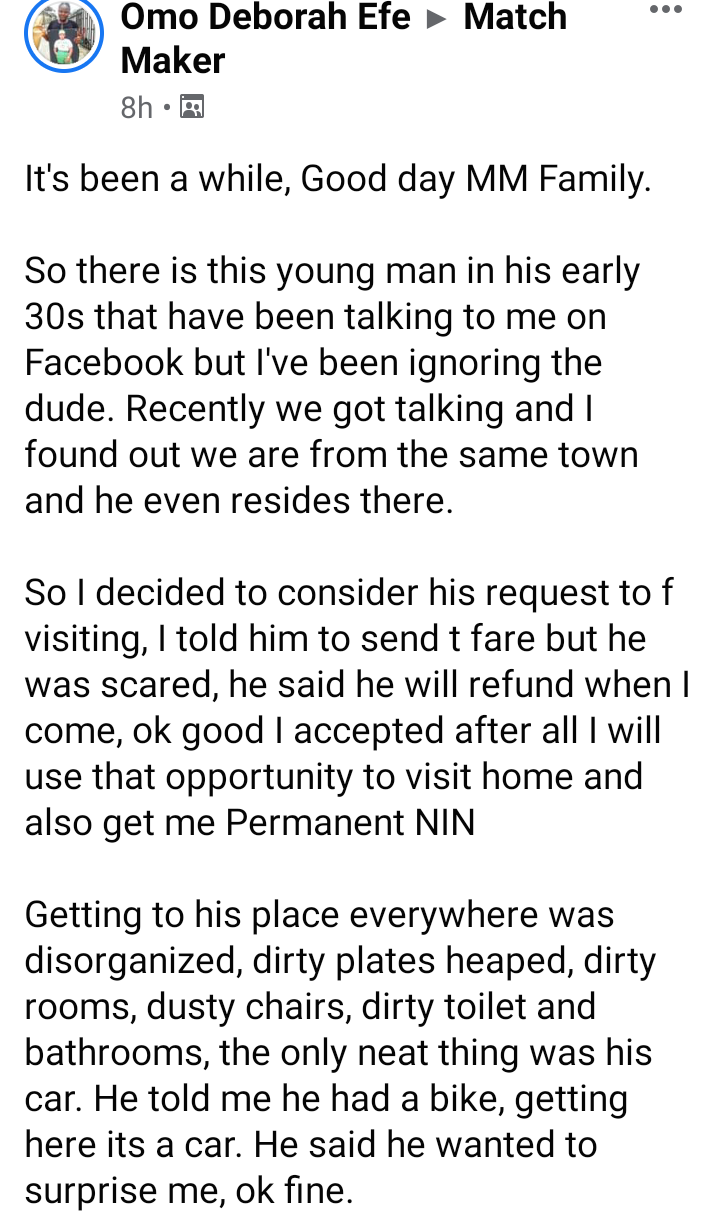 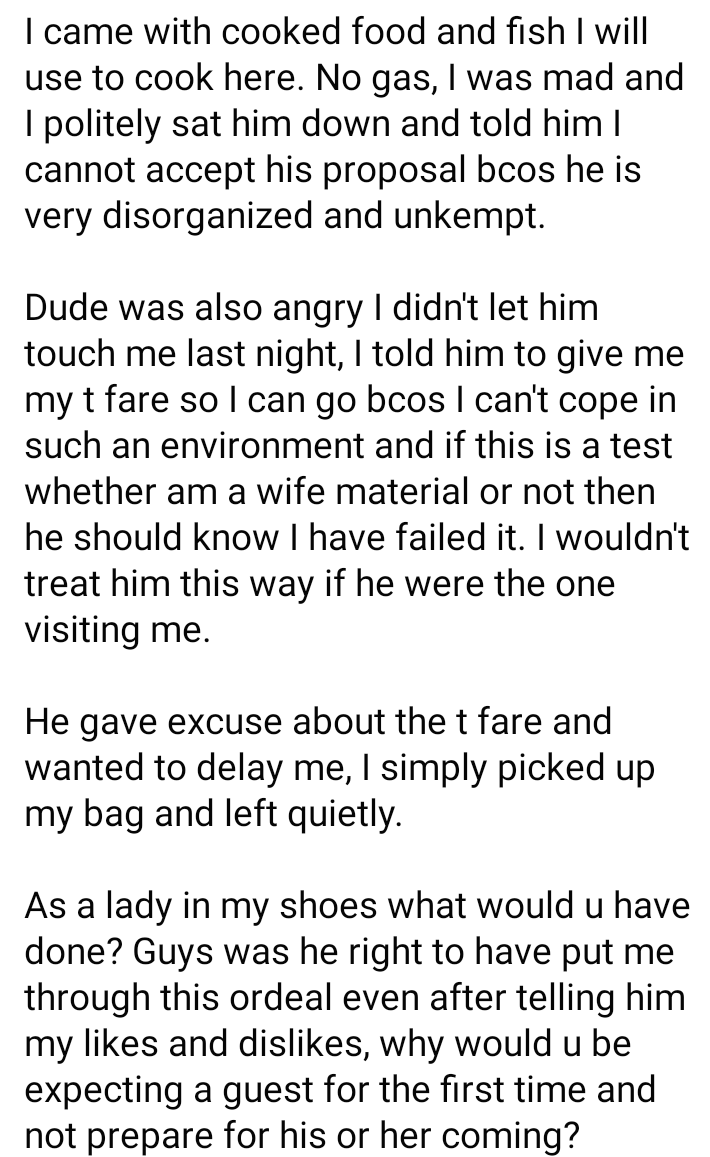