In what will come across as a really startling development, a Kenyan man was beaten mercilessly by locals after a schoolgirl accused him of molesting her. 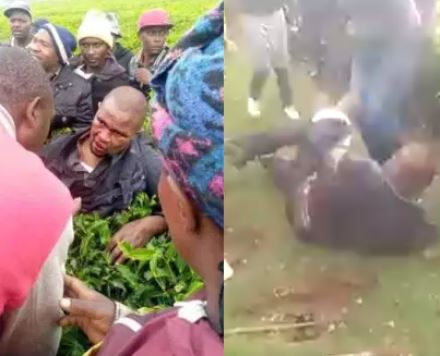 According to reports, the man offered two female high school students a ride when they were returning from school.

He dropped the first one off at her stop then continued with the second. But, rather than take the girl straight home, he reportedly stopped in a secluded area in the Ngecha area of Limuru, Kenya, and allegedly molested her sexually.

After the alleged incident, he continued on his journey with the girl and she raised alarm when she saw locals.

This attracted the attention of tea pickers who beat the man up before handing him over to the police.