EXPOSED! Female Pastor Arrested For Operating A Prostitution Cartel In Her C&S Church

Ogun state police command has arrested a 54 year old woman, Idowu Olupinla pictured right, for allegedly operating a prostitution cartel with teenagers aged between 14 to 19, right inside her Cherubim and Seraphim Church at Ijoko-Ota area of the state.

According to investigations by the police, the suspect harbors the young girls in the church premises and arranges for men to have sex with them for a fee.

Parading her before newsmen at the state police command in Abeokuta yesterday September 4th, the state Commissioner of Police, Ahmed Ilyasu, said the young ladies who were found in the church premises have been taken to a hospital for medical examination.

One of the victims said many of the girls were from broken homes and sought a place to stay before they were lured into prostitution by the supposed pastor. 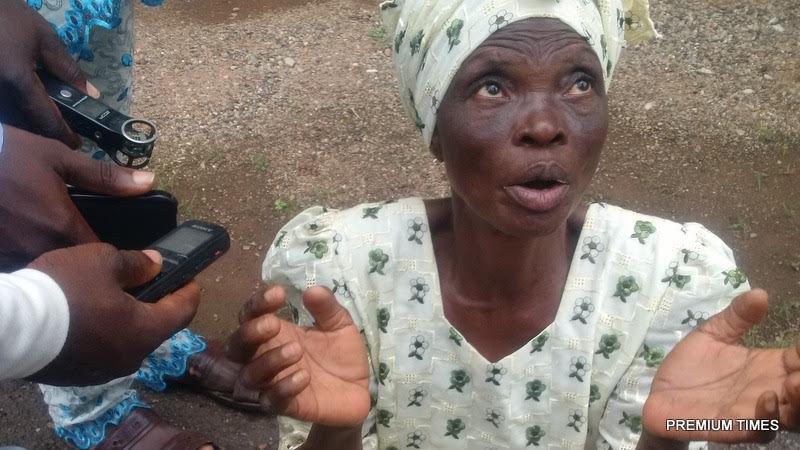 According to her, they sleep with men for N500 and give the prophetess N200 commission. The teenager said many of them have had multiple abortions so as to continue living in the church and that she has had 5 abortions.

“I lost my father and decided to stay with the prophetess, Idowu Olupinla, who always prophesied and prayed for me. She said that we should allow the boys who are members of the church who came for crusade to sleep with us in the church premises and pay us N500.

We are almost 10 girls staying in church of the prophetess as hostages until the police came to rescue us.” Denying the claims, the suspect said “I don’t know them. I have never been involved in anything of the sort they said. I never took any money from them. These are mere allegations against me.

I am the founder of the church. All I know is that everybody is free to come and pray in my church and bring either the husband or wife along.”

The police says he would soon be charged to court for human trafficking and child abuse.