A Nigerian comedian called Zion shared a video showing how he pranked Bobrisky. 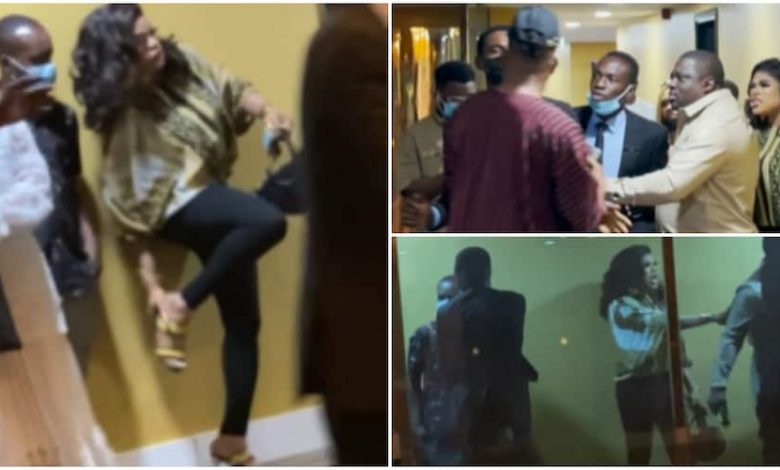 Bobrisky was walking into a place with a few friends when Zion approached him and asked if the male barbie's phone is an iPhone 13.

As soon as Bobrisky replied in the affirmative, the comedian asked to touch the phone as he had not touched one before.

The crossdresser, however, did not allow Zion to touch his phone despite his pleas.

Zion later resorted to force while raising his voice to say that his girlfriend paid the male barbie the sum of N7m and he has not been answering his phone.

The guy then forcefully wanted to collect Bobrisky's iPhone 13 as the people around tried to restrain him.

All the while, the crossdresser wore a confused look. As things got heated, Bobrisky was spotted removing one of his shoes from his leg.