Controversy as teenager kills self after being bullied, accused of witchcraft by classmates, drops voice note

A girl of 16 has taken her own life after being bullied. 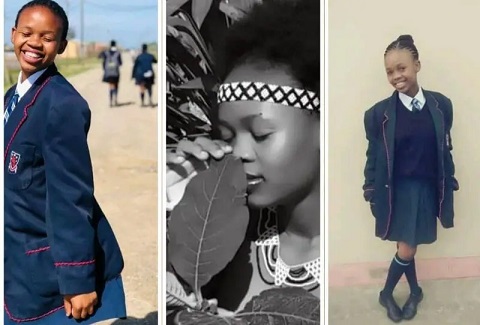 Lathitha Nako, a South African girl committed suicide after being subjected to bullying and accused of witchcraft by classmates.

According to report, Lathitha swallowed pesticide and died in hospital on Wednesday, November 17 in the Eastern Cape, South Africa

The Bhisho High School Grade 10 pupil in her dying moment said; “I want to be done; I feel so empty, I want to die and rest in peace so that I can be free.”

Before her death, she spoke openly about the bullying she endured on social media platforms and how she was contemplating suicide.

In a voice note to her friend and a message to her cousin obtained by local media, Lathitha relayed her agony of being ridiculed in front of classmates after she failed a test and being accused of witchcraft by other pupils.

She then tells the friend that she was tired of fighting.

Her devastated family is demanding that bullying at schools must be addressed to prevent similar tragedies.

Nathitha wanted to become a doctor. Her family had high hopes, but it was dashed by this tragedy, Vanguard gathered.