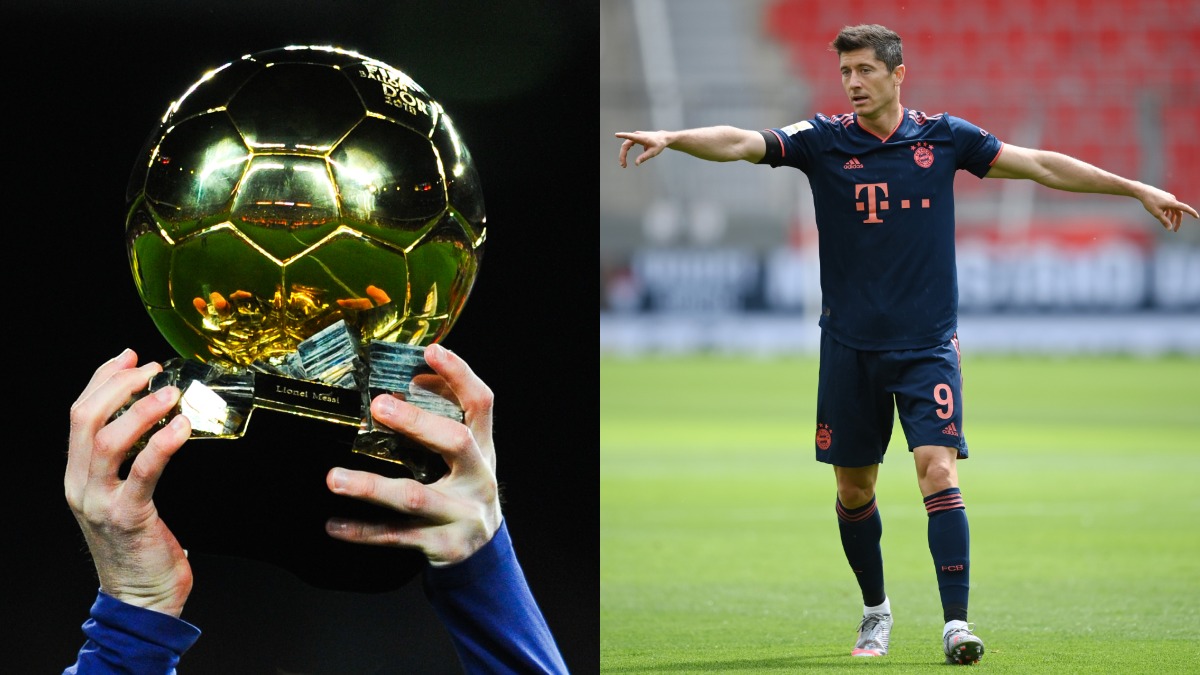 The Argentine claimed his seventh Golden Ball in Paris after a year in which he'd lead Argentina to the Copa America.

Last year's award was not handed out due to the pandemic, but before and after lockdown Lewandowski was on fire with Bayern Munich, helping them win the treble.

His efforts saw him claim several individual accolades in Germany, including the Bundesliga Player of the Year.

The Pole scored a career high 55 goals and was many people's pick for the Ballon d'Or before France Football chose not to hand out an award.

Messi though asked that the organisers belatedly recognise Lewandowski's performance.

“Robert, you deserve your Ballon d’Or. Last year, everyone was in agreement to say that you were the big winner of this award,” he said.

“Hopefully France Football will give you the 2020 Ballon d’Or. We all believe you deserved it and I hope you can have it at home.”

France Football editor-in-chief Pascal Ferré admits he is open to the possibility.

"What Messi said was nice and clever. I think we do not have to make very quick decisions. We can think about it and at the same time we should respect the history of the Ballon d'Or, which is based on voting.