Apple has a folding iPhone up its sleeve, says Wamsi Mohan, an analyst at Bank of America Merrill Lynch, as reported by CNBC Friday.

A foldable phone is one of those treasured ideas of science fiction, like time travel and flying cars. Those haven’t happened yet, either.

The closest to reality, so far, is the Samsung Galaxy X, and that’s nowhere near here. In fact, as Jay McGregor reported on Forbes, technological hurdles may mean that such a phone will remain only a concept for a while yet.

So, the prospect of an iPhone with a big, iPad-like display which folds in half to become a sleek, phone-sized gadget is certainly appealing. The phablet will vanish as we embrace the fold phone. What shudder-worthy name can we come up for such a category? Pholder, perhaps?

But according to Qualcomm’s product manager of display technology, Salman Saeed, quoted in Jay’s post, transistors in the display are the weakest link. Which means that the phone would not be durable. 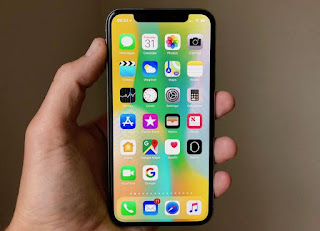 Apple iPhone X with its big display on a small phone combination.

If Qualcomm is right about Samsung, would Apple really be likely to have got nearer to the prospect of a phone that you can fold? Not that it’s unthinkable. An Apple patent was spotted last November by Patently Apple which sought to deal with ‘an electronic device…’ which ‘may have a flexible portion that allows the device to be folded.’

Interestingly, this includes talk of displays using MicroLEDs, something which is cropping up in current news, too.

Even before that, there was talk of a folding OLED display in an iPhone, perhaps made by LG instead of current OLED supplier Samsung.

What’s new here is that this comes from an analyst of note.

Let’s be clear, flexible displays are not science fiction. Samsung has been making them and using them for years, putting them in its Edge and more recent Galaxy S and Galaxy Note handsets. OLED screens, at which Samsung is a master, have a natural bendable quality.

In fact, the iPhone X display uses a flexible OLED. Sure, it appears flat, but in order to reach all the way to the bottom of the phone and have that attractive curve to the edge of the display that so evenly creeps around the edges, Apple had to do something with the display controllers which usually sit where the screen ends. Finding a place for the display controllers is what creates the bottom bezel found on nearly every handset.

To achieve the effect it was after, Apple used a flexible display panel which it folded back on itself, putting the controllers behind the screen and allowing the display to go all the way down.

But that’s not the problem with making a folding phone. Current flexible OLEDs are encased in solid glass which keeps them immobile. It’s when you want them to flex that the issues arise. 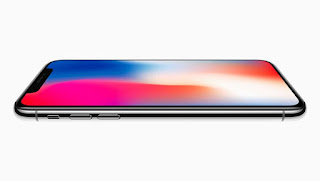 The Bank of America Merrill Lynch analyst is clear that this autumn’s expected phones will not have radically different designs from the current iPhone X, though different sizes may be happening, as other analysts have predicted, because size changes have proved a catalyst in the past, such as when the iPhone 5s was succeeded by the iPhone 6 and 6 Plus.

In a sense, a folding phone is just the next step on from a phone like the iPhone X, where screen-to-body ratio is crucial to create a handset with maximum screen at minimum phone size.

But for me, there are other issues to be addressed, along with the challenge of a display that looks great folded and unfolded with no annoying seam or crease marks that grow over time.

For a start, the screen-to-body ratio that has led to phones that are nearly all display has been accomplished by opting for a longer, thinner screen shape. LG has switched from 16:9 to 18:9, Samsung has opted for 18.5:9 and Apple around 19.5:9. In other words, the screen shape is roughly 2:1. Which means that a folding screen will be roughly square when opened up. Fine for reading documents, ebooks, websites, but not much help when you’re watching a movie or playing games where a 16:9 image would appear with huge black bars above and below. Concepts of fold-out displays have so far fudged the effect as though two phone-widths equals a tablet.

And initial suggestions were that the phone would be narrow with a rolled-up display inside, so the screen that would slide out like those projector screens in Geography class. And remember how tatty and rubbish those were. 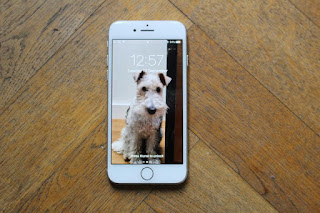 And while I can see the advantage of not having a big chin and forehead on a phone, do I really need a big, squarish display in my pocket, especially when it will make for a thicker piece of hardware, at least at first?

One thing’s for sure Apple won’t release an iPhone Fold without it looking stunning and working sublimely.

Which makes me think two years’ time is highly optimistic. First, because Apple may be edging towards doing it with MicroLEDs and second, well, things take time when you’re working with perfectionists.