Your party PDP, can not fund your presidential campaign - APC tells Atiku 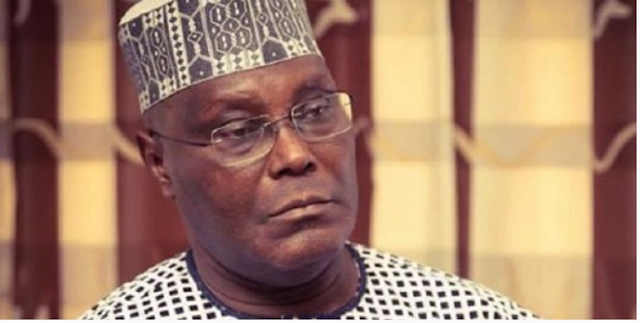 The ruling All Progressives Congress and the presidential candidate of the Peoples Democratic Party, Atiku Abubakar, on Tuesday disagreed over the funding of the former vice-president’s campaigns.

While the APC claimed that Atiku and his party faced serious difficulties raising funds for his campaigns, the PDP candidate said the forthcoming election would not be won through money or by intimidation.

APC’s Deputy National Publicity Secretary, Yekini Nabena, in a statement made available to journalists in Abuja alleged that due to the stringent measures put in place by the present administration, the PDP is in a dilemma on how to source funds to run the Atiku Presidential Campaign.

Nabena claimed that information available to him showed that the PDP’s hope of sourcing campaign funds from public coffers has been dashed.

He said, “The presidential candidate (Atiku) expects the party to provide funds for his campaign. This is the Buhari era, an era of strict accountability and transparency in the use and application of public funds and not the Jonathan era in 2015 when the national treasury was open to PDP leaders to prosecute the presidential campaign.

“The party leaders are therefore in serious difficulties and dilemma on how to source funds to run the Atiku Presidential Campaign.

“Some financiers of the party expect that the candidate, having bought the ticket with millions of dollars, should have the financial capacity to run his campaign.

“With the candidate’s expectation that it is the party that will fund his campaign, it is now clear that they are at a crossroads and the chickens have come home to roost.”

Nabena advised the nation’s anti-corruption agencies to ensure that all sources of campaign fund by the political parties are closely monitored.

While calling for the recovery of the funds looted during the Jonathan era, he said such recovered funds should be applied for the benefits of the poor masses who he claimed were denied democracy benefits during the 16 years that the PDP was in power.

He said Nigerians have a better alternative by sticking to President Muhammadu Buhari who he claimed has done so much to ensure better future for them.

Ibe said the forthcoming election would not be about money but the supreme will of Nigerians.

“This election will not be won by money or lies or propaganda or intimidation but by the supreme will of the Nigerian people as expressed in their vote.

“Atiku Abubakar will be elected as President by Nigerians in February 2019, notwithstanding the machinations of the APC-led administration.”