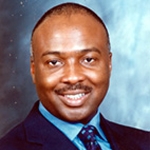 The silence which has pervaded the political scene in Kwara State has been broken, as posters of various gubernatorial aspirants have now begun to flood Ilorin, the Kwara State capital.

For some time only posters of Senator Gbemisola Ruqayyah Saraki could be prominently seen within the Ilorin metropolis, leaving many observers to wonder where the other gubernatorial candidates were. However, at least three gubernatorial aspirants of the Action Congress of Nigeria (ACN) have now begun putting up their posters in strategic locations within the state capital. These are Barrister Dele Mohammed Belgore (SAN), Architect Lola Ashiru and Reverend Bunmi Olusona.

With this development, it has become apparent that the battle has been joined, and the race to determine the successor of Dr. Bukola Saraki, the incumbent governor is clearly on.

While Senator Gbemisola Saraki has yet to formally declare her intent to run for office, several groups and political parties within the state have already come out to state that she is their preferred candidate. These include the Waziri Elders Forum and the Action Alliance.

Architect Lola Ashiru from Offa (Kwara South) has already made public his intention to vie for the office, and has expressed confidence that he will be chosen as the flagbearer of the Action Congress of Nigeria.

The appearance of posters of Barrister Dele Belgore  (Kwara Central) is a clear indication that he has also joined the gubernatorial race in Kwara State. The mammoth crowd of ACN leaders and supporters who thronged his family residence last Friday to grace the fidau prayer of his late father, Justice Babatunde Belgore left no one in doubt about his intention to vie for the governorship seat.

On her part, Princess Bilikis Gambari has brought General Muhammadu Buhari's sponsored Congress for Progress Change (CPC) to the state. Gambari, who was the ACN’s senatorial candidate for Kwara Central in the 2007 general elections, has in the last three weeks, engaged in the massive recruitment and campaign for CPC in the state.

The Internet Campaign
In a new twist, the political contest has also been taken to the Internet, with Senator Gbemisola Saraki, Arch. Lola Ashiru, and Barrister Dele Belgore establishing Facebook Pages for the purpose of reaching out to the electorate. Rev. Bunmi Olusona is present on Facebook, but is yet to create a Facebook Page.

Of the 4 aspirants, Senator Gbemisola Saraki has the largest following, having established a Facebook Page long before the other aspirants.

The Legacy of Bukola Saraki
The foremost discussion among political circles in Kwara State now is the question of who succeeds Dr. Bukola Saraki as governor. This has taken on added significance as many people have begun to wonder if the reforms and development projects spearheaded by Dr. Bukola Saraki will be sustained once he has left office.

Speaking at a public function in July, Dr. Bukola Saraki himself addressed this issue. He said:

"One of the questions that I get asked quite often these day is ‘so, what happens to all that we have done and all that we are still doing if they are not sustained by the next administration?’ My simple answer is this: we should ask the people of Kwara State if the progress we have made in the last in the last seven years is worth protecting.

"If the answer is yes, then they must all join me in ensuring that whoever becomes the next Governor is someone who would not set us back to square one; someone who would be primarily loyal to the people of Kwara State and the progress we have made together in the recent past. This, distinguished ladies and gentlemen, is probably going to be the most difficult battle we have ever fought for our State. I pray to God to guide us aright.

It is undeniable that Dr. Bukola Saraki has brought great dynamism and glamour to governance in Kwara State. Under his administration, Kwara State has moved away form its image as a civil service state and has been repositioned as a state that is open to private investment and business. His administration has imbued many Kwarans with confidence and a can-do spirit, that was hitherto lacking. In essence, his administration has effectively rebranded the state.

Anyone who eventually succeeds him will not only inherit a significant profile of economic assets put together by his administration, but also the positive image and perception he has been able to create for Kwara State over the period of his administration.

Kwara stands poised at a pivotal moment in its history. It hovers tantalizingly between the possibility of moving forward into the future, by building on the foundation, which has been laid by Dr. Bukola Saraki, or regressing to its earlier status as a conservative civil service dominated state. Much will depend on the eventual choice of Dr. Bukola Saraki's successor.