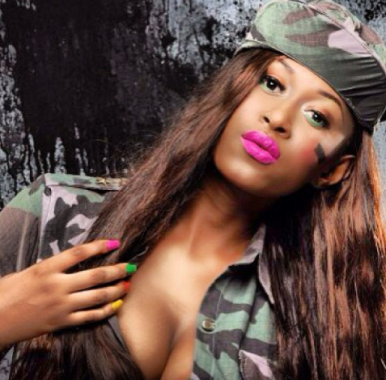 Contrary to reports making the rounds that P-Square's record label Square Records has signed its first female artist, I can tell you for free that it's not true. Cynthia is signed to Jude 'Engees' Okoye's own record label called Northside Music Inc, which is separate from Peter and Paul Okoye's Square Records. May D is the only artist that has ever been signed to Square Records.

Anyway, yesterday Cynthia released the video to her new single - Kuchi Kuchi. Find it after the cut