posted by Emmanuel Okoroaror on August 14, 2017 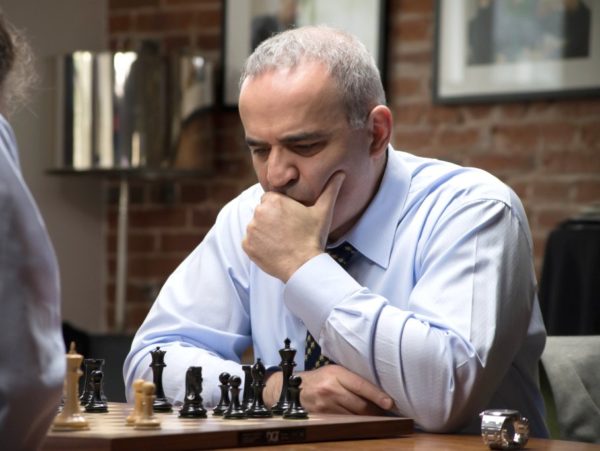 Garry Kasparov: wonders whether he will remember all those mesmerising moves of the past
Former world chess champion Garry Kasparov is coming out of a 12-year retirement Monday to take on a new generation of players who have long worshiped him as the closest thing to a “chess god.”

The 54 year-old Russian, who became a world champion at 22,  has agreed to play in the new Rapid and Blitz tournament in St. Louis, Missouri, United States.

The contest follows closely after the annual Sinquefield Cup competition, a major stop on the world tour, in the same city on the Mississippi River.

Kasparov utterly dominated the sport from 1985 to 2000. Since his withdrawal from a tournament in Linares, Spain in March 2005, the Russian’s absence has left many chess fanatics feeling orphaned.

From Monday to Saturday, the Russian will put aside the business that has kept him busy in retirement — his vocal and determined opposition to President Vladimir Putin — to play against some of chess’s big guns, like fellow Russian Sergey Karjakin.

The world’s current No. 1 player, Magnus Carlsen of Norway, will not be there, however.

Still, the return to competition of the Azerbaijan-born Kasparov — a man once dubbed the “Beast of Baku,” whose epic clashes with Anatoli Karpov are part of chess legend — has had an explosive impact in the chess world, particularly in St. Louis.

“Everyone is talking about it,” American chess grandmaster Alejandro Ramirez told AFP.

“People are flying from India and China to see this dude play.”

Kasparov’s long and “unparalleled” dominance of the chess world made him “a cultural icon,” said Ramirez, a US Open champion who coaches the chess team at Saint Louis University.

The younger generation, which Ramirez sees emerging almost by the day, “certainly looks up to him,” he said. “His contribution to chess theory and our understanding of the game resonate still today.”

But what are Kasparov’s realistic chances after so many years away from the grueling competition of professional chess?

The man himself dodged the question in one of tweets mentioning his comeback: “Looks like I’m going to raise the average age of the field and lower the average rating!” he quipped, in a bit of self-deprecating humour.

He also, in another tweet beseeched doubters to give him  chance.
view tweets with link below:
https://t.co/EAQJ5EqdhK 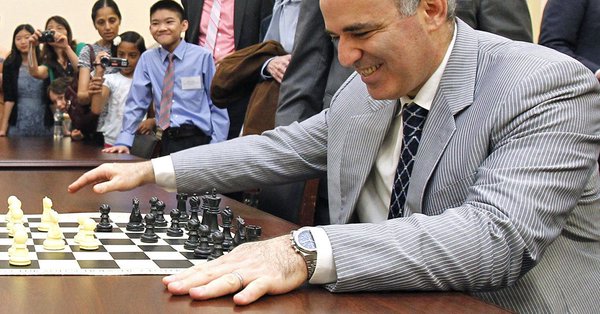 The high-pressure, speed-chess format of the St. Louis tournament, where players are forced to make their moves far more rapidly than during normal competitions, could be tough on the graying Kasparov, as he takes on much younger players who specialize in that approach.

“I expect him to be fighting for the top spots, but I would be surprised if he wins it all,” said Ramirez, 29, who became a grandmaster at age 15.

That's a piece of great news actually! I'm a big fan of this person and chess as it's a very nice way of spending free time. Do you agree with me, guys? When I have some problems with it, I usually use one program that shows me the best chess move and it's so cool! You should check it too there for sure.