35- year-old stabs man in the stomach 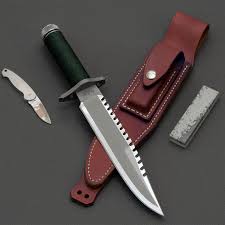 A 35-year-old man, Aliu Kazeem, who allegedly stabbed a man in the stomach, was on Friday brought before an Osogbo Magistrates’ Court.

Kazeem is facing a charge of assault occasioning him.

The accused, according to the Prosecutor, Assistant Superintendent of Police Fagboyinbo Abiodun, committed the offence on June 10 at 10.00 p.m. at Freedom Park area of Osogbo, the Osun capital.

Abiodun said the accused had a quarrel with Akinola Moses and stabbed the complainant in the stomach and other parts of the body with a knife.

The offence contravened Section 338 of the Criminal Code, Laws of Osun, 2003.

The accused pleaded not guilty to the charge and his lawyer, Mr Najite Okobie, urged the court to grant him bail on liberal terms.

In his ruling, Magistrate Taofeeq Badmus granted the accused bail in the sum of N200,000 with two sureties.

Badmus said the sureties must reside within the court’s jurisdiction with an evidence of tax payment.

The case was adjourned until October  5.